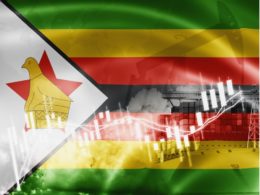 Jul 8, 2021
0
This is conditional on market conditions and the implementation of positive proposals made by the Zimbabwe authorities. 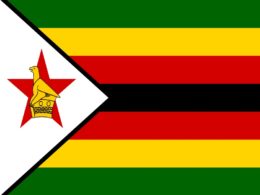 Oct 10, 2019
0
Caledonia Mining has announced the successful installation and commissioning of a new oxygen plant at the Blanket Mine in Zimbabwe. 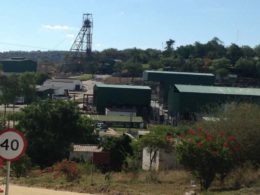 Oct 7, 2020
0
The project is primarily intended to protect the Blanket gold mine from any further deterioration in the electricity supply situation.

Good times roll for Blanket mine

[img:Blanket1.thumbnail.JPG|Caledonia Mining
Corporation’s Blanket
gold mine in Zimbabwe]Toronto, Canada --- 11 October 2012 - Zimbabwe’s Blanket gold mine recorded a 12% increase in gold production in the third quarter of this year. The Gwanda-based gold producer, owned by Canadian firm Caledonia Mining Corporation, revealed that 12,919oz of gold had been produced during Q3 of 2012, compared to 11,560oz in the previous quarter.

allAfrica.com reports that the latest quarter’s production was also 33% more than the 9,743oz produced during the same period last year.

Caledonia president and CEO Stefan Hayden said the latest production results were the highest in over a century.

Although Blanket mine is owned by Caledonia Mining Corporation, processes are underway for the completion of the mine's indigenisation.

The company has announced that it has completed the signing of conditional agreements to dispose of 51% of its equity to several indigenous parties. Caledonia has since agreed to sell a 16% stake in its Blanket mine to Zimbabwe's National Indigenisation and Economic Empowerment Fund for US$11.74 million.

An agreement has been signed for the sale of 10% of Blanket for a consideration of US$7.34 million to the Blanket Mine Employee Trust that was established for the benefit of the present and future managers and employees of the mine.

A second agreement has been signed for the donation of 10% of the mine to the Gwanda Community Share Ownership Trust, which would benefit the local community. Under the terms of the MoU, Blanket would make a non-refundable donation of US$1 million to this trust.

The agreements were in addition to the agreement for the sale of 15% ownership of Blanket to a consortium of indigenous Zimbabweans for a consideration of US$11 million. Completion of the sale agreements is, however, subject to several conditions being met that include certain approvals from the Reserve Bank of Zimbabwe.

Caledonia doubles production at Blanket mine

Jan 27, 2012
0
[img:Zim%20land_0.jpg|Caledonia’s Blanket
gold mine in Zimbabwe]Toronto, Canada ---MININGREVIEW.COM --- 27 January 2012 - Canadian-registered and African-focused Caledonia Mining Corporation has announced a successful year in 2011 at its Blanket Mine in Zimbabwe, with production of 35,826oz of gold â€’ an increase of 102% over the previous year.

In a statement released here, Caledonia said it was now confident that it would be able to achieve its targeted gold production of 40,000oz for the current financial year. Discussions with the government of Zimbabwe regarding the indigenisation of the Blanket Mine have continued, it added.

Canadian registered Caledonia Mining Corporation, which owns the Blanket gold mine in Zimbabwe, is one of a pack of juniors planning and implementing a new start in the Southern African country.

Caledonia has relaunched gold production at the Blanket mine, which was placed on care and maintenance last October. It is preparing to increase output by almost 70% in the next year, and hopes to at least double that production level by 2014.

Zimbabwe may take over Blanket mine

Dec 19, 2011
0
[img:Blanket%20la.thumbnail.jpg|Number Four Shaft
at Caledonia’s Blanket
gold mine, which the
Zimbabwean government
says it is taking over]Harare, Zimbabwe --- MININGREVIEW.COM --- 19 December 2011 - The government of Zimbabwe is considering paying an amount of US$3.7 million to the Caledonia Mining Corporation and assuming ownership of the Canadian-based company’s Blanket gold mine in Zimbabwe. 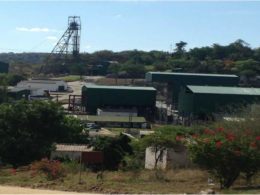 Caledonia Mining increases shareholding in Blanket Mine to 64%

Aug 27, 2018
0
Caledonia Mining Corporation has entered a MOU with Fremiro Investments with the intention to purchase Femiro’s 15% shareholding in Blanket Mine. 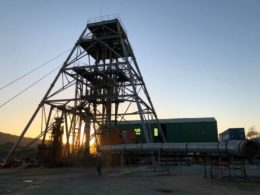 Nov 28, 2019
0
Caledonia Mining Corporation has successfully completed the shaft sinking phase of its Central Shaft project at its 49%-owned Blanket mine in Zimbabwe.

Export honour goes to Blanket mine

Nov 11, 2009
0
[img:Zim%20land_0.jpg|An overview of
Caledonia’s Blanket
Mine in Zimbabwe]Toronto, Canada --- MININGREVIEW.COM --- 11 November 2009 - Canadian-registered Caledonia Mining Corporation – an African focused mining company which owns the Blanket gold mine in Zimbabwe – has announced that the mine has been recognised with the "Exporter of the Year - Mining - Matabeleland Region" Award by the Zimbabwe National Chamber of Commerce.
123...7Page 1 of 7