A paradigm shift is needed for community development 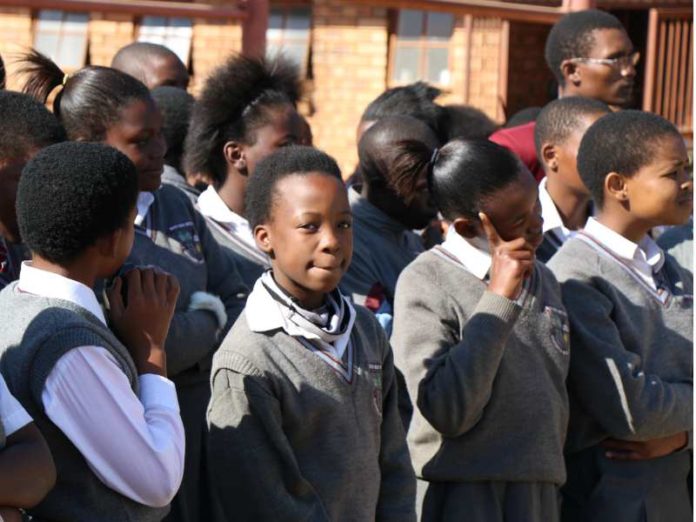 A sea change in the way that both government and mining companies approach community development initiatives is what is required for communities to benefit from infrastructure and social services in the long term.

This is according to Southern African Institute of Mining and Metallurgy (SAIMM) President, MZILA MTHENJANE. GERARD PETER reports.

While it may seem that when mining companies take to the soapbox to highlight the successes of their social development programmes, it is mere talk-shop, Mthenjane believes that mining companies are indeed serious about ensuring that ‘no community is left behind by mining’.

“My view is that the industry is serious about community development,” he states.

“The manner in which we are expected to implement social development programmes is largely through the social and labour plan (SLP) which has to be aligned to a municipality’s Integrated Development Plan (IDP).

It is through these IDPs that mining companies select projects that the municipality plans to implement, and these projects are then funded and executed and eventually handed over to the municipality for long-term sustainability.”

However, due to the financial and governing challenges that many municipalities face, Mthenjane states that the sustainability of these programmes is not always realistic.

Looking at the bigger picture

According to Mthenjane, the way forward is to ensure is a collaborative effort in community development programmes in line with provincial and even national levels.

“A lot of mining companies are already in their third cycle of social and labour initiatives which are typically five-year programmes of investment and development and you will be hard-pressed to find, throughout all mining companies, the extent of infrastructure development that include programmes that can benefit a large number of communities,” he argues.

As an example of a collaborative effort on a provincial level, Mthenjane cites the Impact Catalyst – launched in Limpopo in October last year. It is a collaboration that consists of a diverse set of partners including two mining companies Exxaro, Anglo-American, the World Vision and the Council for Scientific and Industrial Research (CSIR).

“The aim is to use mining to drive the economic development plan of Limpopo on a provincial level. The idea was borne out of mining companies moving away from implementing social impact programmes through social and labour programmes, which are more localised, to moving to a more regional programme that has a bigger impact on the province.”

“What’s more, the size of the challenges we face at a community level are quite large and vast and cannot be addressed by a single mining company alone but rather through collaborative efforts.

“Implementation of social development programmes needs to be done on a provincial level and national level. There should be one plan in terms of what is required for investment from government – not a health plan that is separate from an educational plan or an infrastructure plan, etc.”

As stated earlier, mining companies are committed to long-term community development initiatives. Examples include initiatives implemented by Exxaro in the various mining communities where it operates.

Exxaro’s Community Development Manager, Tebogo Leepile, explains, “The community projects that we invest in, address the current socio-economic challenges and offer solutions beyond the life of our mines, for our communities to become independent and sustainable.

“For example, our Enterprise Supplier Development (ESD) programme is already starting to bear fruit for both parties.

“Exxaro’s ESD programme that kick-started in late 2017 is aligned with the Department of Trade and Industry (the dti) Code of Good Practice which states that 3% of the net profit after tax for entities whose annual turnover exceeds R50 million must be allocated for funding of small, medium, and micro enterprises (SMMEs).

“In the past two years, we have supported 50 businesses with loans and grant funding of approximately R360 million. Of the 50 enterprises, 29 were Exxaro suppliers at the time the funding was provided.”

Leepile explains that the programme has been successful because the company focused on black-owned SMMEs and how it could capacitate them to improve their provision of services to Exxaro and take up other opportunities elsewhere.

In that way, the company improves its procurement levels from these enterprises. This goes beyond realms of just basic services but also providing SMMEs with loans and grants to provide contract mining to the company.

“For example, we have gone forward to provide loans for businesses owned by black women at our Belfast mine for logistics for transporting coal from the mines and the coal siding which is about 25km away from the mine.”

She further adds that the company, along with the South African Digital Content Organisation (SADICO), has created a Youth Exponential Development programme, known as ‘YDx’.

“Exxaro invested R40 million into the programme over a 12-month period to provide digital technology training to 400 youth in Lephalale and Thulamela municipalities in Limpopo, and Emalahleni, Victor Khanye, Emakhazeni, Steve Tshwete and Govan Mbeki municipalities in Mpumalanga.

In May 2019, 34 participants engaged in ‘train the trainer’ programming which touched on digital technology concepts, including telecommunications and broadcasting, as well as Fourth Industrial Revolution concepts such as the internet of things, artificial intelligence, robotics, 3D printing, nanotechnology, autonomous vehicles, cryptocurrency and cybersecurity.

In addition to training, participants were also assigned to various technology cooperatives that would receive mentorship and support for one year. Under SADICO’s guidance, it is intended that these cooperatives grow into fully-fledged businesses.

A case in point: In April last year, Exxaro handed over 50% ownership of its Arnot mine in Mpumalanga to its former employees.

“People don’t understand what it takes to own or run a mine – it is capital intensive and it is all relative to the asset base and resources of the owner. Now you are giving a mine to a community who doesn’t have the financial resources to manage or operate the mine.”

That said, Mthenjane adds that thankfully, some communities have recognised while they may own the mine, they do need professional services to manage and operate.

“One example is the Royal Bafokeng Nation, where it commercialised and separated its mining assets from the community, in terms of managing and operation, and created a link in terms of the dividend flows from the commercial assets to the social vehicle for community development.

Professionals operated the mines while the community leadership continues to look after the best interest of the community, proving that that such partnerships, if managed correctly, can be highly beneficial,” he concludes.

Facebook
Twitter
Linkedin
Previous articleBagassi South mine: Worth its weight in gold
Next articleZambia’s largest IPP is transforming the face of Maamba