Namibia – The blast and first ore at AfriTin’s Uis mine signals the commencement of ore preparation and stockpiling in anticipation of the completion of the Phase 1 pilot plant.

Following the start of the civil construction works in June 2018, the company has been preparing and rehabilitating the Uis mine site for the commencement of Phase 1 pilot plant commissioning and production of tin concentrate.

To mark the first blast at the Uis tine mine, AfriTin hosted a ceremony at site with the Honourable Tom Alweendo, Minister of Mines and Energy as well as other Government officials, investors and analysts.

Alweendo said the Uis tin mine operated for over four decades and put Namibia on the global stage for tin production and created significant economic benefits to the Kunana region. “It gives me great pleasure to see the work that AfriTin has undertaken and this momentous occasion of seeing tin production returning to Uis. We look forward to future increase to full production,” he added.

“We are very excited to start stockpiling ore and begin the production activities of Phase 1 in anticipation of the pilot processing plant being completed. Our vision of bringing this iconic mine back into production and generating revenues has taken a big step forward today,” says AfriTin CEO Anthony Viljoen. 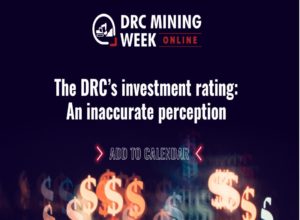