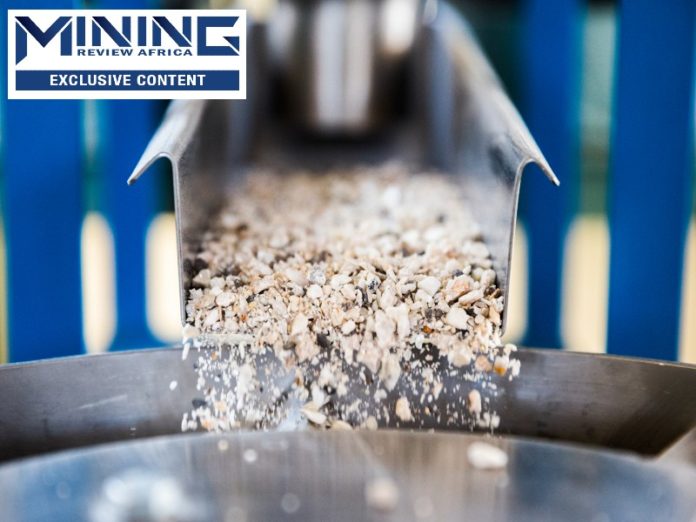 AIM-listed AfriTin is taking its strategic objective to a whole new level. Once committed to being Africa’s tin mining champion, the company has now set its sights on becoming Africa’s technology metals champion. And the route to achieving this is already well within reach, CEO ANTHONY VILJOEN tells LAURA CORNISH.

AfriTin took the smart approach to establishing its business from the start – acquiring a historic mine with significant production potential. This enabled a cost-effective and relatively fast move into production, which then consequently positioned the business to grow rapidly thereafter.

Starting with a Namibia-based tin asset (Uis in the Erongo region) was always a smart approach as well – the country is one of Africa’s best mining jurisdictions and tin’s upside market potential as a battery metal makes it lucrative for investors and also puts it in high demand.

But there is even more to this story. Uis was always ‘appreciated’ for its tin, but today its by-products – lithium and tantalum – are what represents a new chapter for this company. But let’s start from the beginning:

Chapter 1 – Acquiring Uis, and bringing it back into production

AfriTin was established in 2017 to acquire the tin assets of Bushveld Minerals. After the deal was concluded the company listed on AIM in November of the same year. Today the business comprises the operating Uis tin mine, housed within a very large mining licence area.

The deposit was first discovered in 1911 and developed by Iscor of South Africa as the largest hard-rock tin mine in the world. Production ended in 1990 as a result of low tin prices.

After concluding the first blast to bring Uis back into production in 2018, it was full steam ahead for the mine and its newly constructed pilot plant which today is delivering 720 tpa of tin thanks to optimisation and modification work implemented after the plant was started. “The ore body still holds significant volumes of tin and our intention since the start has been to scale up production,” states Viljoen.

Mining today specifically takes place across two outcropping pegmatite veins – V1 and V2 – both housed within AfriTin’s 225 km² licence area which itself is situated within the tin-rich Damara Belt which Viljoen describes as an “African metallogenic jewel”. “There are more than 180 mineralised pegmatites mapped within 5 km of our current Uis operation,” Viljoen affirms.

“We have always known the longer-term potential for tin – demand is predicted to double by 2050 and the limited number of new tin mines on the horizon will drive the price up significantly as we move forward, and the supply deficit grows. We have in fact already had indications of this when the price of tin topped US$39 575/t in August,” Viljoen reminds.

With an asset that supports quick and easy expansion and a market that is increasing demand, it made sense for AfriTin to confirm its plans to increase production in September, following board approval to execute a definitive feasibility study in June this year.

The expansion primarily focuses on the Uis Phase 1 pilot processing plant which at this stage is set to increase tin concentrate production by 67%, from 720 tpa to 1 200 tpa.

The project scope consists of a modular expansion of the current plant, leveraging existing bulk infrastructure services and installed processing configurations. Approximately 70% of the project capital will be applied towards the expansion of the dry crushing and screening circuits, consisting mainly of an additional secondary crusher and vibrating screen, and a fines ore stockpile to decouple the comminution circuit from the concentrator.

The balance of the project capital relates to addressing potential throughput constraints in the concentrator that may result from the increased feed rate, as well as improvements to the concentrate cleaning circuit to enhance tin recovery.

Long lead items have already been placed as well as the appointment of a project implementation team and engineering detailing to facilitate procurement and fabrication. Completion of construction and commissioning is planned during Q2, 2022, followed by a three-month ramp-up to nameplate capacity for the expanded plant.

In addition to the term loan, the intention is that Standard Bank will take over AfriTin’s existing short-term banking facilities with Nedbank Namibia totalling N$43 million. These facilities will incur an interest rate of Namibian prime lending rate minus 1%. It is further intended that Standard Bank will provide AfriTin with a N$5 million guarantee to Namibia Power Corporation in relation to a deposit for the supply of electrical power.

The Damara Belt’s potential doesn’t only reside in tin, but also lithium and tantalum and this Viljoen equates to or represents what could be the emergence of a new technology-rich region, one which AfriTin intends to fully exploit.

“While we have known Uis’ technology metals potential, market demand has in essence dictated that we change our operating status from a lithium and tantalum by-products producer to a full-scale technology metals miner and processor,” Viljoen confirms.  “This vison is fully supported by Standard Bank Namibia as well and is now a feasible option we plan to unlock when taking our loan and an additional £13 million recent equity raise into account. We are financially well positioned to turn our strategy into reality.”

Metallurgical test work to date supports AfriTin’s move to become a fully-fledged technology metals company – and an 8 000 m drilling programme over the next year will be initiated to support this further.

Lithium oxide at Uis occurs primarily as the mineral petalite in the ore which is treated by the current processing facility. As such, the company aims to produce a low iron petalite concentrate containing a minimum of 4% lithium oxide. It is anticipated that the process flow design of a petalite concentration circuit will involve a combination of density separation, flotation and magnetic separation methods. The current phase of the lithium oxide test work programme will investigate density separation methods to concentrate petalite.

Bulk samples were acquired from the active mining area and transported to test work facilities in South Africa. Heavy liquid separation (HLS) test work and pilot dense medium separation (DMS) test work is being conducted concurrently. Preliminary results from HLS tests indicate an upgrade factor for lithium oxide of four to five times, which is in line with the company’s projections for DMS pre-concentration. HLS and DMS test work will be followed by characterisation of concentrate samples, which will inform the second phase of test work.

Test work completed to date in this regard includes a range of technologies aimed at exploiting the differences in magnetic susceptibility of the tantalum and tin bearing minerals. The results demonstrate the potential to produce a saleable tantalum concentrate, particularly in the coarser fraction (+1 mm). While optimisation test work continues, the company will proceed with the process flow design for a pilot tantalum concentrate production facility at Uis, with implementation planned for Q4, 2021.

AfriTin’s production capacity stretches beyond Uis – and for the more immediate horizon includes two ore bodies in relatively close proximity to Uis, namely the 35 000 ha Brandberg West and the 33 000 ha Nai-Nais. Both have historically already revealed tin and tungsten and tin and lithium content respectively. “We have already commenced with confirmatory test work and mapping on both – and we have seen grades that are off the charts at Brandberg,” Viljoen highlights.

“I believe these ore bodies represent our potential to operate a multi-mine, multi-technology business – with Uis the hub at which all ore can be processed.”

“We know with confidence that we are situated on a metallogenic jewel with belts that stretch hundreds of metres wide and run for hundreds of kilometres. We have maximised on our first mover position in the region and having already proven ourselves, intend to build a strong African technology business in an untapped technology metals province,” Viljoen concludes.