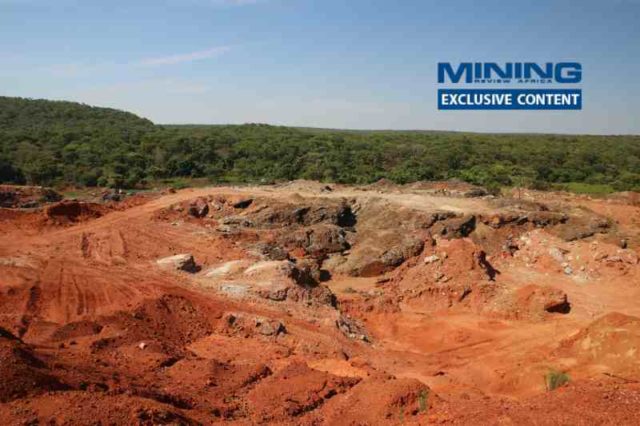 A name change, new leadership and a sole focus on a single commodity has put AIM-listed Arc Minerals on a strong footing to progress it copper assets in Zambia.

Von Schirnding, who has more than 25 years’ experience in mining, joined Ortac (as Arc Minerals was formerly known) in 2017. At the time, the company owned a hodgepodge of interesting assets, including gold in the Democratic Republic of Congo and Slovakia and copper in the north west of Zambia.

Von Schirnding, who has formerly held senior positions at De Beers and Anglo American was brought it to turn the company around.

“We changed the management and the board as well as the company name to Arc Minerals. We sold off our other assets and set out to focus primarily on copper in Zambia,” he states.

Today, the company is focused on the discovery and development of its large-scale copper at its Zamsort and Zaco licences in the western part of the Zambian Copperbelt.

While von Schirnding concurs that it is good to have a diversified portfolio, he believes it is the right strategy for a company like Arc Minerals to focus on a single asset.

“The last two years have all been about restructuring and we now have a very clear strategy in place. The first thing was to straighten out our portfolio. Secondly, we needed to get the exploration assets into better shape so that could attract interest from potential suitors.

“This strategy has worked well. Proof of this can be seen in the company’s strong balance sheet and enough funding to carry it through to 2021,” he explains.

In total, the Zamsort and Zaco licence areas cover 872 km² and include the advanced Kalaba copper-cobalt project. To date, Arc Minerals has identified more than 12 highly prospective targets at Zamzort.

Because it is such a large area, von Schirnding states, that the company is working methodically, based on geochemisty and geophysical information, to conduct advanced exploration.

In June, Arc Minerals started drilling activities at its Fwiji target in the Zaco licence area. The total diamond drilling programme for the year is budgeted for an initial 8 000 m with hole depths to between 100 m and 250 m below surface.

“The exciting part is that every time we have drilled we have hit mineralisation, which is almost unheard of. I believe that we are sitting on super-exciting assets that have got the attention of the majors,” adds von Schirnding.

“No doubt, Arc Mineral’s progress has already got the attention of major companies. To that end, the company has entered into a six-month exclusivity agreement with Anglo American.

In essence, this means that no other company can approach Arc Minerals to form any working arrangement while the agreement is in place. According to von Schirnding, if test work shows promising results, Anglo American has a variety of options available to it to increase its interest in Zamsort including some sort of commercial agreement or a joint venture.

“Anglo American has a variety of options available to it to conclude a commercial agreement,” explains Von Schirnding.

“One of Anglo American’s key senior geologists is a resident expert on north west Zambia and knows the geology of the area better than anyone. This attracted me to agreeing to work with the company because they previously owned these assets and we now have access to some good expertise.”

Now while, Arc Minerals has honed in on developing its copper projects in Zambia, the company could also be sitting on some other in-demand commodities in its licence areas.

“I believe that there could be nickel deposits on the eastern side of the project while there have been traces of gold found on the west side. This has resulted in a mini gold rush in that area.

“Also, we have found traces of uranium which is often link to gold. So while, our focus is on copper, I will not be surprised if we discovered other metals during our exploration,” concludes Von Schirnding.