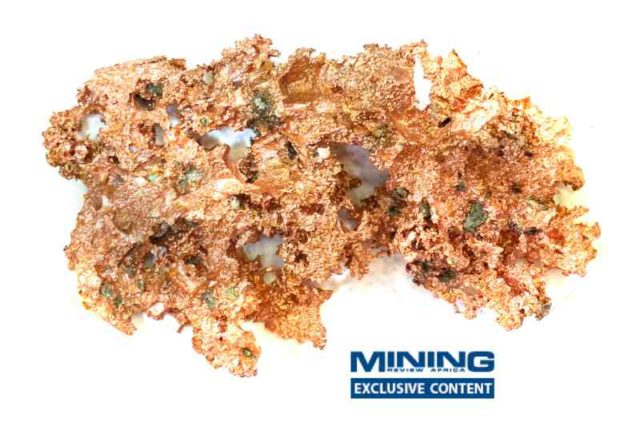 TSX Venture-listed BeMetals’ Pangeni copper project is located in the north-west region of the Zambian Copperbelt, an area where very little exploration has taken place to date.

This is mainly due to the extensive sand cover in the region. While still in the early stages of exploration, the company’s president and CEO JOHN WILTON tells GERARD PETER that the project shows much promise.

BeMetals was founded by some of the co-founders and principals of B2Gold Corp. Currently, the company is expanding its portfolio of two key projects, to look at both precious and base metal opportunities.

Wilton is a geologist with 30 years’ experience in the minerals industry, where he has played a key role in the acquisition, exploration, and development of various base and precious metal projects around the world. His  experience also including 15 years exploration work in Zambia. Thus he knows the region well and has a good know-how of how to conduct business in the country.

According to Wilton, both projects complement each other and the company is progressing both in tandem. “We have access to public capital markets and are well supported . This is a result of the team’s including an exceptional board of directors’ many years of experience of being able to successfully raise funds and deliver good value to shareholders,” highlights Wilton.

As stated earlier, the Pangeni project is located in the north-west part of the Zambian Copperbelt. While there has been little historical exploration , the region now has the attention of major mining companies who are looking to discover and develop tier one copper mines, all of which bodes well for BeMetals’ aspirations for Pangeni.

The licence spans 575 km² of the Zambian Copperbelt, within the Lufilian Arc and is underlain by prospective host rocks known to host major copper mines in the Central African Copperbelt  which are largely covered by a thin veneer of Kalahari sands on the property.

The company is progressing Pangeni with two local partners. The first is Pangeni Mineral Resources, a private Zambian company which is the  licence holder for the project and provides various important support services to the project.

The second is Copper Cross Zambia, a privately owned prospect generator group that manages the project with BeMetals and is a  technical partner on Pangeni. Field exploration teams and geology are managed by Remote Exploration Services (RES) whom have been our boots on the ground on this project since inception with Blurock Mining based in Kitwe as the drilling contractor.

The company’s exploration has been slightly hampered by the onset of the COVID-19 pandemic.

“Obviously, with international travel being stopped, it has been hard to get boots on the ground to do fieldwork but we do have a team in Zambia who is ensuring that we can safely keep Pangeni going,” explains Wilton.

Searching for a world-class deposit

According to Wilton, magnetic  airborne survey data, flown over the project, indicates that Pangeni has plenty of potential. Currently, BeMetals is focusing on using this  data to generate targets and then conduct shallow aircore drilling through the sand cover to get bedrock samples to look at the bedrock geology and geochemistry. This step is followed-up with diamond drilling.

“Thus far, we have identified a number of prospects  that have delivered meaningful copper interceptions in terms of thickness and grade,” he states.

“We were very encouraged by the results of the first diamond drilling programme, completed by BeMetals, at Pangeni,” adds Wilton.

“These results successfully confirmed the prospectivity of this project to deliver, potentially a tier one scale, copper discovery.”

The company is now focussing on conducting  aircore drilling to vector towards higher grade mineralization at existing prospects and to look for more copper  targets under the sand cover for the remainder of 2020.

Wilton concludes that the company’s approach to exploring this property, through highly experienced interpretation of airborne magnetic data with follow up aircore drilling to generate copper targets beneath the Kalahari sand cover, has proved to be successful and cost effective.

“We will now fully integrate this data and design the next phase of exploration. It is still early days but our findings thus far show promise and our intention is to ensure that we can discover a world-class deposit.”