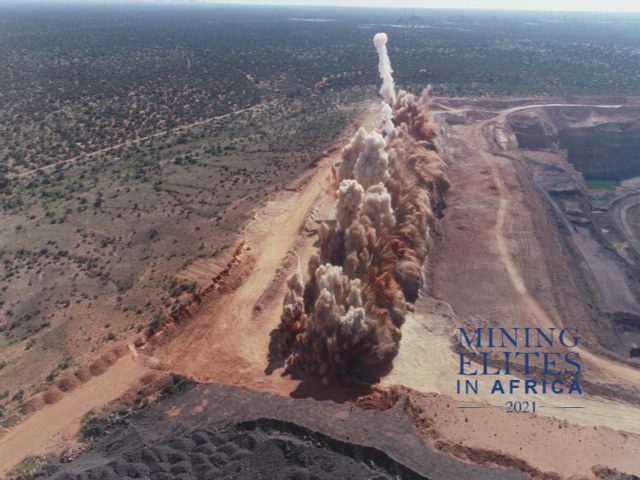 Global mining productivity is still trying to regain levels last achieved in the mid-2000s, and mines will need to work ever more closely with their technology suppliers to achieve this.

According to global management consultants McKinsey’s Mining Productivity Index, the sector’s productivity declined from 2004 to 2009, flattened until 2013, and has steadily improved since then.

The driver, however, was mainly reduced capital and operational expenditure.

McKinsey points out that, despite this improvement, productivity remains about 25% lower than in the mid-2000s.

To address this, it says that mining companies need to track the main drivers of their assets’ productivity, and to focus on initiatives which will deliver sustainable productivity increases.

This is where digitisation and automation technologies promise to make a significant difference, and indeed are already transforming the way that many mines work.

Mining is generally beset with a number of risks, however, and a key question remains: how best can the sector embrace new technologies while minimising the risks that innovation inevitably brings?

McKinsey itself is clear in terms of what needs to happen. It urges mines to “focus on innovative approaches to help them in the productivity battle, and most notably, take advantage of what digitisation can offer.”

In practical terms, this means leveraging technology already developed by suppliers in the mining space.

The digital age calls for increased collaboration between mines and their suppliers, as only closer partnerships can develop and apply the systems needed for increasingly automated mining.

This also means better cooperation between suppliers themselves, as they integrate their respective solutions to enhance their offerings available to the end-customer – the mine.

For it needs to be acknowledged that in many countries, the mining sector is under considerable financial strain. There are often simply not the resources to invest in lengthy research and development initiatives; even the operational space to apply and assess potential innovations is limited.

This has highlighted the importance of the ongoing product development by mines’ technology providers.

The risk for this innovation work usually resides almost entirely with the supplier, relieving the mines themselves of considerable burden. This technological ‘experimentation’ is a constructive trend that is redefining the way that mines relate to their supply chains.

Suppliers are becoming experts, for instance, at arming their equipment with the necessary sensors and software to monitor the performance of machinery in real time.

This allows better and quicker decision-making based on the data being received.

For the growing volumes of data to be usefully harnessed, mining companies have to implement sophisticated data ecosystems that ensure high data quality – while dealing with increasing data velocity, variety and volume.

This has led to continuous development in the field of ‘big data’, upon which advanced analytical algorithms can be built – including machine learning and artificial intelligence algorithms to predict future outcomes.

In the field of blasting, for instance, mines are improving their collection, storage and analysis of blast-related data, to feed a continuous improvement loop.

Much of the success of this process is built on technology providers’ ability to integrate blast design, blast recording and blast delivery systems.

Integration of blast data allows for easier interrogation of results, which guides the drilling and blasting process to produce consistent, quality blasts.

Assisted-control equipment is becoming more common, and deployment of fully autonomous equipment is rapidly gaining ground in drilling, haulage and other processes.

To make these solutions more widely applicable, digital systems need to integrate with each other. The sector’s technological advances have in general been met by a large variety of independent innovations from a range of suppliers.

Digitisation and the centrality of data now demands that these systems talk to each other. Choosing a cloud hosting platform that meets this requirement is important – this also creates a more secure digital environment.

This is no small matter. The complexity of these discrete systems requires highly specialised expertise to be embedded, nurtured and developed within the ranks of mining supply companies.

In addition, these systems increasingly must integrate with mine-wide software platforms – to give mine management a broad and seamless real-time view of operational performance.

This too will cement the growing interdependence of mines and their technology partners – building unprecedented levels of constructive collaboration in pursuit of sustainable productivity.

According to McKinsey’s Mining Productivity Index, the global mining sector has improved its productivity levels since 2013 by containing its costs. In a commentary report in April 2020, the global consultancy outlines how, in the six years from 2013 to 2018, mines kept their expenditure low while improving output.

Over that period, capital expenditure declined by an average of 0,5% a year, while operating expenditure excluding labour rose just 0,2% a year.

The number of employees in the sector rose on average only 0,6% each year but production – measured by total material moved – was able to rise by 1,2% a year.

The organisation had pointed out in earlier studies that this trend has been in stark contrast to the previous few years, in which productivity was stagnant.

During that time, annual production had been raised by 4% while capital expenditures were about 3% a year. But at least this stable picture was an improvement on the years before 2009 when the super-cycle peaked.

This heady period saw capital expenditures rising 24% a year – but productivity sank as employment on mines grew over 8% a year and operating expenditure averaged about 6% a year.

The point made by McKinsey was clear: mining’s productivity performance is a key determinant of its long-term ability to translate higher commodity prices into increased earnings.

“Mining companies must continue to increase their underlying productivity,” it said.

“As the dramatic changes in the sector’s fortunes over the past decade have underlined, mining companies should stay focused on productivity initiatives that can help them control their destiny throughout the demand cycle.”

To do this, three things are required: effective management and systems that make performance more transparent; ongoing cost reduction and throughput improvement; and a focus on innovation, especially digital technologies.