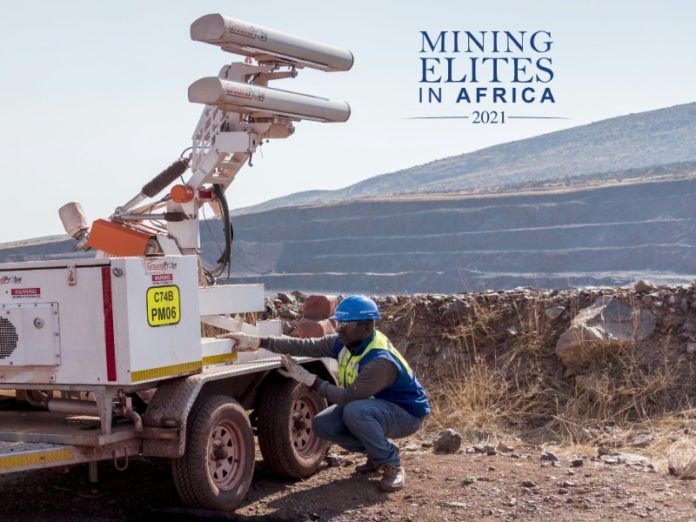 As much of the world seemed to be on pause in 2020, some projects were being given the green light, including Kumba’s Kapstevel South project.

In a welcome development for South Africa’s mining industry, the boards of Kumba Iron Ore and its parent, Anglo American, approved the Kapstevel South project at the Kolomela iron ore mine in the Northern Cape in 2020.

Since being officially opened in 2012, Kumba’s Kolomela mine has been a solid performer within the company’s portfolio, consistently producing above its nameplate capacity of 9 Mtpa and successfully pioneering innovations such as automated drilling technology.

“It is an important beacon of light for the Northern Cape and will positively impact the livelihoods of 2 500 employees and even more businesses in the surrounding areas.” – Tom Quinn

A multi-pit operation, it produces a direct shipping ore (DSO) from conventional open-pit operations with production in 2020 expected to be in the region of 13 Mt at a unit cost of between R280/t and R290/t.

The project, which has a capital expenditure of R7 billion, including pre-stripping, will see the development of a new pit, Kapstevel South, and associated infrastructure.

“Significant investment to recapitalise an existing mine and underpin its current life at planned production rates.” – Jim Pooley

Like its sister pits, Kapstevel South will be a standard truck-and-shovel operation producing high-quality DSO.

While the new pit does not extend mine life as it is included in the current life of mine, it ranks as a stay-in-business project as it will contribute significantly to sustaining production of approximately 13 Mtpa for the remaining life of mine.

It is anticipated that it will deliver an after-tax internal rate of return of around 25% and allow Kolomela to maintain an estimated EBITDA margin of approximately 35% in the long term.

Pit establishment will commence in 2020, with the first ore expected in 2024.

“The approval of this project, at a time when the global and South African economies face the challenges of COVID-19, underscores Kumba’s positive longer-term outlook for demand for its high-quality product.

“It also demonstrates our commitment to extend the lives of our mines and continue providing much-needed jobs and livelihoods in the Northern Cape region,” Themba Mkhwanazi, CEO of Kumba, said.

Known when it was still in the development phase as Sishen South, Kolomela is located 12 km south-east of Postmasburg in the Northern Cape and about 80 km south of Sishen, Kumba’s flagship operation. It employs over 2 600 people, including contractors.

The proven and probable ore reserves are estimated to be 172.4 Mt at 63.1% average iron while the total mineral resource is estimated at 150 Mt at 62.6% average iron.

While the current life of mine of Kolomela is 13 years, Kumba has an active exploration programme in the Northern Cape and has stated that its goal is to keep its operations running for at least another 20 years.