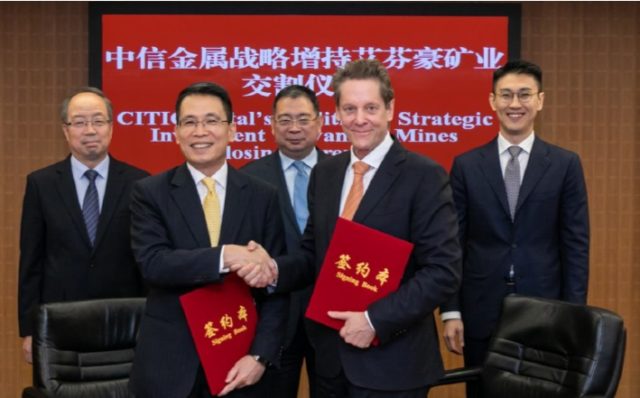 The standstills are intended to provide enough time to bring the Kakula Mine to production, and to advance subsequent, planned expansions at Kamoa-Kakula, and production at the Kipushi and Platreef projects.

Ivanhoe’s entire shareholder base will benefit from the economic growth and significant cash flows that result from the dawning of production at all three mines.

With the receipt of the combined proceeds of more approximately US$509 million from CITIC Metal Africa and Zijin, Ivanhoe now holds cash, equivalents and a loan receivable from High Power Exploration totalling approximately US$902 million – and the company has no significant debt.

This strong financial position enables Ivanhoe to fully finance its share of the capital costs required to bring the Kakula Mine in the Democratic Republic of Congo (DRC) into commercial production, as well as advance the development of the Kipushi and Platreef mines, and Western Foreland exploration project.

Development of the underground 6 Mtpa Kakula Mine, the first of multiple, planned mining areas at Kamoa-Kakula, is making steady progress in underground development and construction of the surface processing plant has commenced.

Initial copper concentrate production from the Kakula Mine currently is scheduled for the third quarter of 2021.

“CITIC and Zijin’s vote of confidence positions us to continue the rapid development of the Kipushi and Platreef projects. We also are aggressively exploring our 100%-owned Western Foreland licences, with the confidence that our talented and dedicated geological scientists will make additional tier-one copper discoveries on our tenements in the DRC.”

Ivanhoe’s co-Chairman Miles Sun states: “Since the initial investment in Ivanhoe Mines made by CITIC Metal last year, we have been delighted to witness the profound progress being made at Ivanhoe’s three world-class projects.

“All of us are excited by the rapid development at the Kamoa-Kakula copper mine as it moves toward its targeted commercial production date of 2021. The exploration breakthroughs such as the Kamoa North Bonanza Discovery and the Kamoa Far North Discovery are nothing short of spectacular.

“We have been encouraged by the social and political stability that has followed the peaceful elections in the DRC late last year/early this year with the election of President Félix Tshisekedi.

“CITIC Metal and Ivanhoe Mines will support a prosperous investment environment with the full strength of our combined groups.”