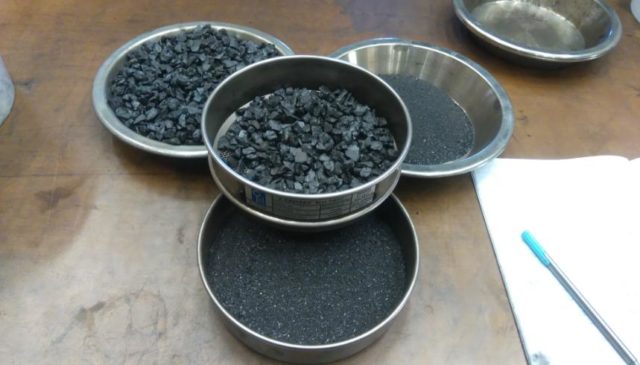 Claude Baissac, CEO of specialised consultancy firm, Eunomix, is well-known in African mining circles. His expert insight into the beneficiation is highly valued.

At the same time, he is a man that doesn’t mince his words and is never one to shy away from giving an honest expert opinion on policy matters, even if they are somewhat contentious.

He recently chatted to GERARD PETER about why he has reservations about beneficiation policies in sub-Saharan Africa.

Baissac is a specialist in strategy, risk management and economic policy with more than 20 years of executive and consulting work with corporates, governments and international organisations. He has worked as an economist for the African Development Bank, the World Bank and the United Nations and has advanced degrees in economic geography from France, and was a doctoral scholar in political science in the United States.

Those who have heard him speak will know that Baissac doesn’t not sugar coat his expert opinions, even if they are not always well received by his audience. On the matter of beneficiation in mining, a topic that is atop of many government agendas, he is not convinced that this policy will have the desired result of creating sustainable economies. “Firstly, I am not religiously opposed to beneficiation; I just don’t believe that the economics of mining correspond with the economics of beneficiation,” he explains.

Baissac argues that too much has been made of beneficiation in Africa and doubts the rationale behind the policy. “For starters, I question the relevance of a beneficiation policy to the competitiveness of mining jurisdictions when data clearly shows that very few mining countries in sub-Saharan Africa have an appetite for beneficiating and diversifying from mining into downstream processing and industrial manufacturing activities.

“That’s because we are talking about different sources of competitiveness. Whether its electricity, infrastructure, market size or skills, the requirements are so different from mining,” he explains.

Baissac further points out that most African countries struggle with the competitiveness of beneficiation – they don’t have large markets, the right infrastructure and pricing models and lack skills. He adds that mineral beneficiation is expensive, technologically challenging and requires a particular skill set.

Furthermore, he believes for the economics of mining to translate into the economics of beneficiation, one has to be disciplined from a policy standpoint. However, in his opinion, policies tend to go against the conditions.

“The growth of the nationalisation of resources has made mining the first step in beneficiation but at the same time this has made it difficult for mining companies to operate,” he states. “There are restrictions on ownership, exports, imports and local supply chain requirements – all of which make mining more expensive, further increasing competitiveness. You cannot negatively incentivise investment through policies such as import bans and tax implications on beneficiated products.”

Baissac’s third reason for being sceptical about beneficiation is that the policy creates concentrated risks around mining. According to him, having a policy that is focused solely on mining is not a clever way to diversify an economy and decrease dependency on a notoriously cyclical industry.

Regarding governments’ focus on beneficiation, Baissac believes that governments oftentimes potray this policy as a more emotional, romantic attachment to those things in the soil.

Baissac further posits that the history of tumultuous leadership on the continent also does not bode well for attracting investment for beneficiation. “The cycle of political uncertainty and policy changes undermine the opportunity for longer term investment which could lead to the creation of more sustainable markets, the acquisition of more technical skills which then could lead to some sort of beneficiation – be it up-, side- or downstream. However, this won’t happen because the political climate in many African countries just won’t allow for it.”

He further motivates his argument by referring to the fact that there are not countries in sub-Saharan Africa that have beneficiation as part of their policy which have been successful beyond a few symbolic projects which have come at a great cost.

So what is the way forward in order for mining to contribute significantly to a country’ economic and industrialisation progress? Baissac says that it starts with governments. “It is incumbent on the leadership of the country to lead sustainable wealth creation and if this means that we mine our minerals, export them and then reinvest the proceeds in more sustainable, durable skills-based industries, then we should it.

“Mining is not going to make countries wealthy. Rather, it is the leveraging of mining in the correct way while there is still demand and while we can still create an investment and operating environment that still allows us to mine that will empower people and create social capital. Therefore, rather than focussing on beneficiation, let’s focus on the fact that these mineral resources are a necessary source of industrialisation in Africa,” he concludes.