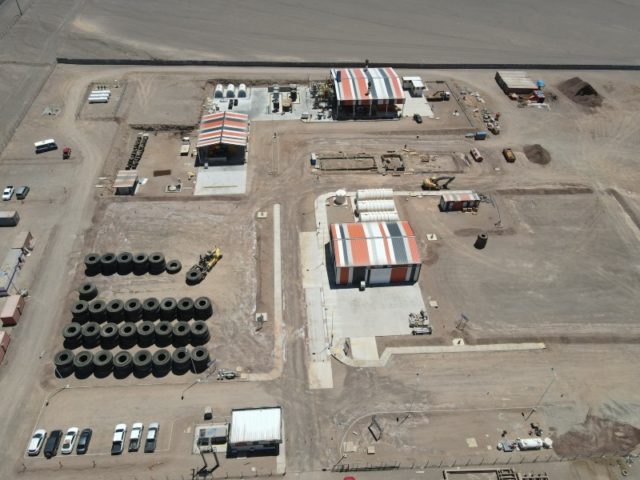 One of two thermal conversion reactors has successfully completed commissioning and is now undergoing full load tests to process 20,000 kg of tires, the equivalent of five 63” tires.

Commissioning of the facility’s second reactor is nearly complete and full production is in sight.

“There have been many learnings to get to this stage, but we wanted to ensure we were building a recycling facility to the highest standards in every aspect of design, safety and environmental considerations.

“These are exciting milestones for everyone involved and I would like to thank all those we continue to receive support from—the Chilean Government, our customers and several tire manufacturers and rubber producers.”

Determined to provide a scrap tire solution at the top of the recycling hierarchy in Chile, where mining tire legislation was taking root, in 2015 Kal Tire began the arduous process of studying, engineering and even building the equipment so it could offer thermal conversion recycling.

The process uses heat and friction to induce a reaction that converts tires into their base elements (fuel oil, steel and carbon black) so they can be reused.

Located in the heart of Chile’s mining industry, which Kal Tire has been serving for decades, the 20,000 m2 Antofagasta plant consists of an area to inventory scrap tires, cutters to reduce them in size, two reactors, oil storage tanks and carbon storage.

The equivalent of five 63” tires will be converted into 6,500 litres of alternative fuel, 4,000 kg of steel and 8,000 kg of carbon black as well as enough synthetic gas to fuel the plant itself for seven hours.

Local companies are already lined up to receive these reusable products.

“To have the first reactor successfully commissioned is a significant achievement because it means we can now confidently work toward full operation for our customers, who have been very supportive of this project,” says Pedro Pacheco, vice president operations, Latin America.

“In particular, Antofagasta Minerals S.A. and Minera Los Pelambres have been very supportive and have initially provided us with more than 2,300 tons of scrap tires, becoming the first mining company in Chile to recycle their ultra-class mining tires with us.

“We also spent a lot of time working with the Chilean government to receive environmental certification. Their level of due diligence is commendable, and we want to recognize their leadership in creating this legislation.”

When it comes to safety, consideration has been given to every possibility. A large water reservoir and numerous water cannons were installed along with infrared sensors and a special fire encapsulation ingredient.

With earthquakes common in Chile, the facility has been engineered to withstand a magnitude 9.0 earthquake. Automation is also being employed to reduce risks to team members, who have received highly skilled training.

Existing piles of scrap tires are the responsibility of mines, and given the size and maturity of mines in Chile—a world leader in large-scale open-cast mining—there are many tires awaiting this next step.

With commissioning of the second reactor nearly complete, Kal Tire aims to be in full production by summer, recycling 20,000 kg of tires each day.

“The lessons we have learned along this journey have been invaluable,” says Allan.

“What we now have is a scalable plant and can add reactors if we choose to. We also certainly support others looking to be a part of recycling end-of-life tires in Chile—and we hope the same high standards of safety and engineering will be applied.”

This is a second significant step Kal Tire has taken in prioritizing and supporting environmental stewardship for its customers.

In 2019, the organization announced the development and certification of a carbon calculator that determines how much fuel and carbon emissions a customer saves by retreading OTR tires compared to buying new.

The Maple Program is how it is presented to customers, using the data to award them one to five maple leafs according to either tonnage retreaded or the percentage of fleet running retreads.

“Providing our customers with sustainable solutions is something we’re committed to. Retreading reduces a tire’s total cost of ownership, reduces the impact on the environment, and now the Maple Program can provide those quantifiable fuel and carbon emission savings to a customer that can be used in corporate reporting.”