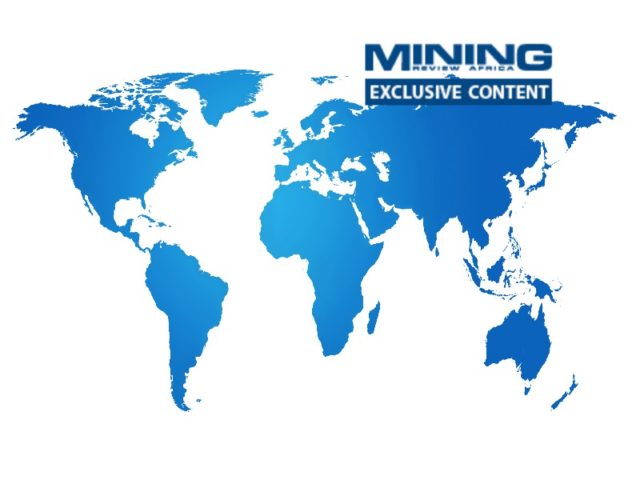 The company is rapidly assembling a diversified portfolio of assets in resource-friendly jurisdictions around the world.

CHANTELLE KOTZE speaks to CEO ADAM DAVIDSON about the benefits of its diversified approach.

Trident’s diversified approach aims to provide investors with exposure to a broader range of mineral and metal commodities – a departure from the predominantly North America-focused and precious metals-focused royalty and streaming companies that have dominated the sector in the last 10 years.

Davidson, who has previously worked with Resource Capital Funds, BMO Capital Markets and Orica Mining, says the company is seeking to build a diversified portfolio over time of royalties on producing or near-term product assets comprising one-third bulk, battery and industrial minerals, one-third base metals and one third precious metals – broadly mirroring the commodity exposure of the global mining sector.

The aim of this is to provide an index-fund-like breakdown by commodity, but from a royalty perspective for investors wanting exposure to mining commodities in their portfolio, Davidson illustrates, noting that this is what Trident saw as missing from the royalties sector.

With the royalty and streaming space dominated by majors and precious metal specialists, Davidson believes that there are several royalty and streaming opportunities currently overlooked by its competitors, specifically smaller, attractive assets in jurisdictions like Australia and Africa – despite  being home to world-class natural resources.

By focusing on the commodities and jurisdictions that fall outside of the scope of its competitors, the amount of untapped existing royalties and new royalty/stream opportunities, as well as potential package or consolidation deals is abundant, says Davidson, noting that one of the key benefits of operating on the fringe of its competitors is less competition for deals and lower acquisition costs.

Having successfully listed on the AIM market in June with a £16 million IPO, followed soon thereafter by a secondary listing on the Frankfurt Stock Exchange in August, Trident is establishing ‘critical mass’ – having completed five deals in the four months since its AIM-listing. This includes the acquisition of two cash generative royalties and six development stage royalties.

The company’s initial acquisitions include:

Key to Trident’s future is to continue building on its portfolio of royalties and maintaining a healthy pipeline of near-term cash-flow royalty opportunities.

This well help the company unlock the ability to raise debt against its portfolio, and in so doing will limit its need to raise money (avoiding dilution for its shareholding) to buy additional resources in future.

The ultimate goal is for Trident’s business model to become self-sustaining and eventually be able to pay dividends while still deploying capital to acquire new royalties – as some of the existing royalties wind down.

To date, Trident has deployed about US$9 million and has roughly $15 million in cash on its balance sheet to put to work, says Davidson, in addition to having two paying royalties.

With cash on hand, sufficient debt capacity and listed equity available for further deals, as well as a healthy pipeline of potential additional acquisitions, Trident is well on its way to further grow and diversify its portfolio and forecasts having substantive revenues in 2021.