East Manganese on course to begin production in July 2021 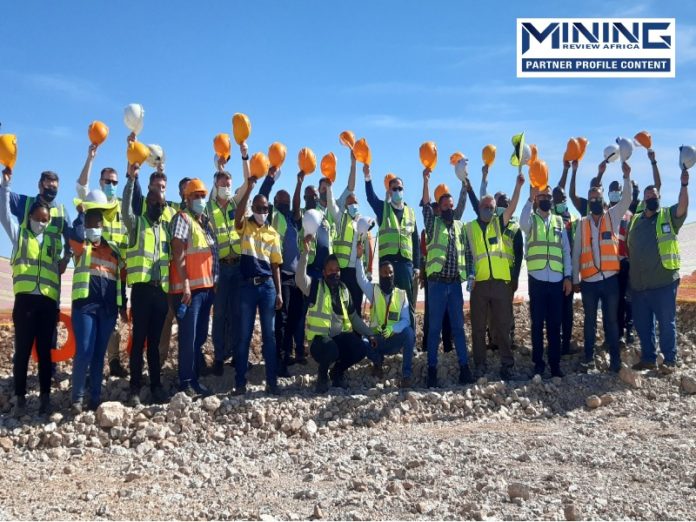 East Manganese will produce first ore in July, while the dry crushing and screening plant is currently in the process of being commissioned.

Rapid progress has been made in developing the mine and construction of the mine’s plant, since receiving all the necessary regulatory approvals towards the end of 2020.

East Manganese has cost around R250 million to develop and will produce its first ore in July. At peak production it will produce approximately 30 000 tons a month of run of mine manganese ore, which is anticipated to take place by August.

The ore will be processed using a dry crushing and screening plant system, which will reduce water usage at the plant, to produce lumpy and fine particle manganese products. Products will include both lumpy (85%) and fine material (15%). The plant is currently in the process of being commissioned.

On the 19 May, Menar’s management team hosted stakeholders at the mine to showcase progress made since the mining of the box cut began in September last year.

“We are very satisfied with the progress that has taken place to date with the development of the mine, which are in line with our timetables. As this is our first manganese operation, it has been somewhat of a learning curve for the Group.

“However, our collective skills and mining knowledge has been advantageous, which has resulted in the smooth advancements seen at the mine to date,” states Menar Chairperson Mpumelelo Mkhabela.

The mine comprises a single, 14-hectare open pit operation, which is located on a 43-hectare portion of the bigger 1 000-hectare mining right area. The mine’s 900 000 tons of reserve will be mined over East Manganese’s two-year life of mine.

“We are also evaluating other manganese assets and discussions are on-going about these, we will update the market on these in due course,” says Mkhabela.

He added that Menar projects that demand for manganese and a basket of other minerals required for the post-Covid economic reconstruction will be strong in the medium- to long-term.