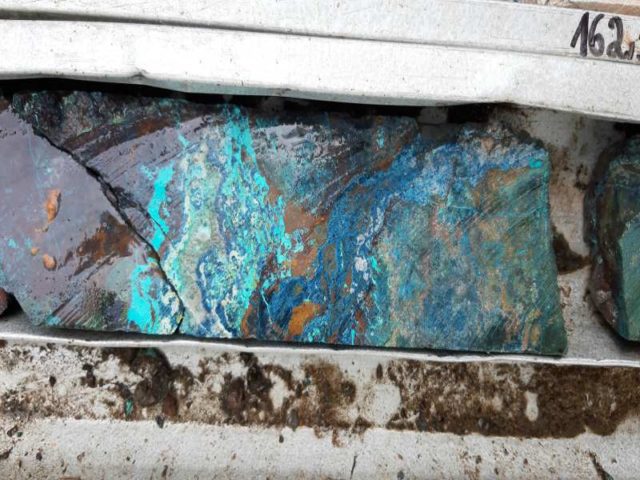 Global mining giant First Quantum Minerals (FQM) has maintained jobs and production at its operations in Zambia, despite sector-wide moves to cut workforce and scale-down production.

Speaking at a visit to its Kansanshi Mine by Minister of Mines and Minerals Development Hon. Richard Musukwa, General Manager Anthony Mukutuma attributes the  positive results to the initiatives the mine had put in place to mitigate the impact of the pandemic on its operations and workforce.

“FQM has put in place a whole range of precautions to provide business resilience, retain production and protect jobs amid the COVID-19 pandemic,” he said.

However, Mutukuma noted that as much as COVID-19 has stifled operations in the mining industry, the broader sector continued to suffer from the effects of an uncompetitive mining tax code.

The general manager gave the minister and his entourage an overview of the mine’s operations and the declining copper ore grades, which meant the mining firm would have to double its fleet of haul trucks and entire value chain processing facility, with associated increase in manpower, to produce sufficient feedstock to increase total copper production.

“Ore grades had decreased from about 1.5% during the good old days to about 0.8%,” Mukutuma added.

The minister was also briefed by senior management on the mine’s community development initiatives in almost all sectors, and its COVID-19 preparedness.

The minister, accompanied by Permanent Secretary Barnaby Mulenga and other senior officials, were also given a tour of the mine’s Sulphide 3 Project, which has been on hold for seven years due to the uncertainty created by the uncompetitive fiscal policy.

The stalled project was meant to ensure continued copper output because of the technology such as in-pit crushing and transfer of the slurry to the smelter.

The project was estimated to cost US$1 billion, but was put on indefinite hold, with some of the capital equipment being diverted to other FQM projects like those in Panama, to avoid the cost of a non-performing asset, explained Mukutuma.

The minister commended Kansanshi Mine for sustaining business despite the odds and for its continued contribution towards tax revenue and added that government would support the mine to ensure its continued viability.

Musukwa promised to convey the message to central government to help address the concerns raised so the project may be resuscitated.

Read more about the Kansanshi copper-gold mine