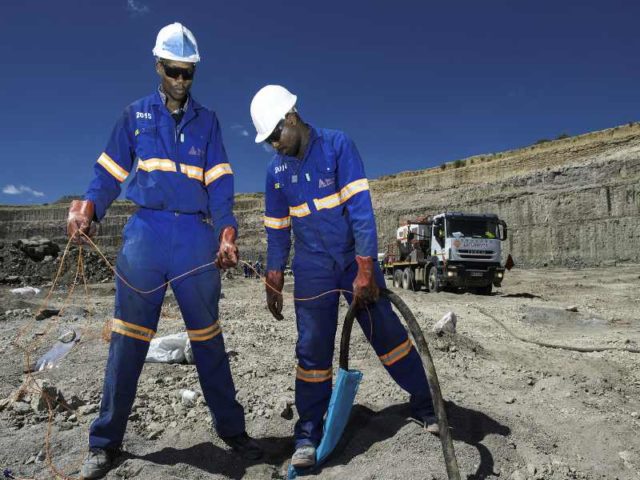 This has made the company the leading consumer of used oil in the explosives sector, said Dr Rakhi Pathak, BME’s Senior Product Manager for Ammonium Nitrate Products, Initiating Systems and Services. In fact, BME’s growth has meant that it now consumes a large portion of South Africa’s total volume of available used oil.

It began in 1985 with used oil from an iron-ore mine in the Northern Cape, and led to BME pioneering increased percentage applications of used oil as a fuel agent for its emulsions.

This is achieved while maintaining the highest quality of its double-salt – ammonium nitrate and calcium nitrate (AN/CN) – cold emulsion product.

Initially, BME collected used oil directly from mine sites. However, due to increasing logistical costs, stringent quality requirements and BME’s increasing demand for large volumes of used oil, the company started to develop its own bulk used oil collection network in 2016.

BME currently has 11 approved suppliers of used oil throughout most provinces of South Africa. These approved suppliers, known as bulking points, collect used oil from various contracted generators including mine sites, and store the used oil in large volumes.

“All emulsion explosives use some form of hydrocarbon fuel, so our added-value service of processing used oil for inclusion in our emulsions reduces environmental risk and ensures responsible re-use of potentially hazardous waste,” said Dr Pathak.

This effort is becoming increasingly important as concerns grow about water security and quality in South Africa, and groundwater is more widely used by municipalities, industry and households.

A single litre of used oil can contaminate a million litres of clean water, and a key danger of illegally dumped or spilled oil is that it can seep into underwater aquifers.

Mines utilise significant quantities of oil in their mining equipment and infrastructure, and the law requires that they dispose of it in a compliant manner.

Also to be observed are the Waste Classification and Management Regulations of 2013, and the Norms and Standards of the Storage of Waste – which stipulate conditions for a range of aspects including storage facilities, monitoring, auditing and reporting.

“Our systems and approach are aligned with best practice, reflected by our approved collector and processor status with the ROSE Foundation,” she said.

“Our process requires that each tank sample of the used oil is rigorously tested in our laboratory before collection and is only accepted if it is approved.”

It is then collected and carefully treated in BME’s treatment plant near Delmas in Mpumalanga to remove undesirable contaminants. Only after stringent testing is the processed oil then ready for its next life as a fuel source in BME’s range of emulsions, ensuring the products’ customary high levels of safety, stability and performance.