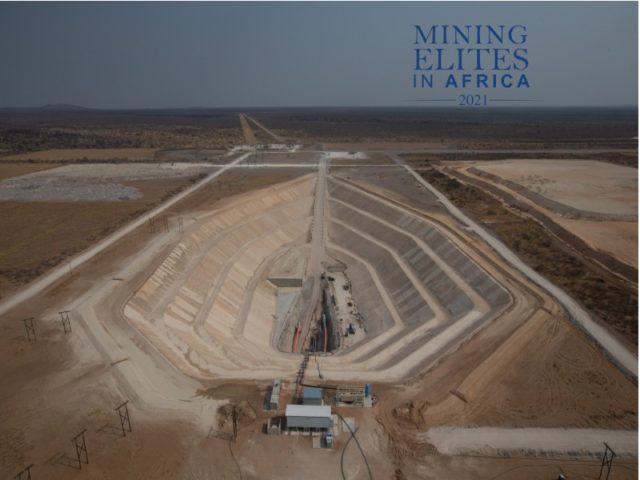 The Khoemacau project of Khoemacau Copper Mining and parent, Cupric Canyon Capital, represents a shot in the arm for Botswana’s mining sector, which has suffered some setbacks recently including the closure of BCL’s nickel-copper mine in Selebi-Phikwe.

Khoemacau Copper refers to the new mine, situated in the ‘Kalahari Copperbelt’, as a ‘Starter Project’ but this hardly does justice to its price tag of nearly US$400 million, the fresh thinking that is characterising its implementation and its overall scale.

Once commissioned in mid-2021, Khoemacau will, in fact, rank as one of the most mechanised underground mines on the continent and will re-establish Botswana as a primary copper producer.

“Prospect of re-estabishing Botswana as a copper producer. Innovative mine design and excavation of Kalahari sand (a massive task).” – Marcus Courage

It will have an annual production capacity of between 155 and 165 000 t of high-grade concentrate containing approximately 60 000 t of copper metal and 1.9 Moz of silver.

Khoemacau is not entirely a Greenfields project as it will incorporate the Boseto concentrator, which Khoemacau Copper acquired in 2015 after the demise of Discovery Metals’ Boseto open-pit mine.

The Zone 5 mine, however, that lies at the heart of the project is entirely a greenfields development. The ore it produces will be trucked over a distance of 35 km to the Boseto concentrator, which is currently being upgraded to a capacity of 3.6 Mtpa.

The mine will consist of three separates but interlinked underground operations, with each having its own independent ramp access. The Central and South mines will have twin declines and the North mine a single decline.

A sub-level open stoping mining method, transitioning to paste fill below 450 m, has been selected and operations will be highly mechanised and automated with remotely controlled equipment extracting the ore from the stopes.

Innovative aspects of the mine design include a centralised pumping system, parallel return air systems to allow ventilation on demand, twin electrical networks and an ore-pass system designed to improve stope productivity.

To establish the portals for the declines, three big box cuts had to be excavated through 30 m or more of Kalahari sand, with the excavations being up to 52 m in depth.

This massive task has now been completed allowing the underground mining services contractor, Barminco, part of Australia’s Perenti Group, to start on mine development.

The Starter Project is seen by Khoemacau Copper as a platform for further expansion which could ultimately see yearly production of copper increasing to 180 000 t.

Achieving this goal would require bringing additional resources in the Zone 5/Boseto area into production and possibly the development of a new standalone mine at Khoemacau Copper’s Banana Zone deposit, 80 km south-west of Zone 5.

The mine will employ between 1 000 and 1 200 employees sustainably for 24 years (including contractors) and priority given to recruiting employees from nearby communities.

Initiatives have also been put in place to assist local residents through community development initiatives that will not only enable mine support but also create sustainable careers beyond the mine. This is of equal importance to the company as the mine development itself.