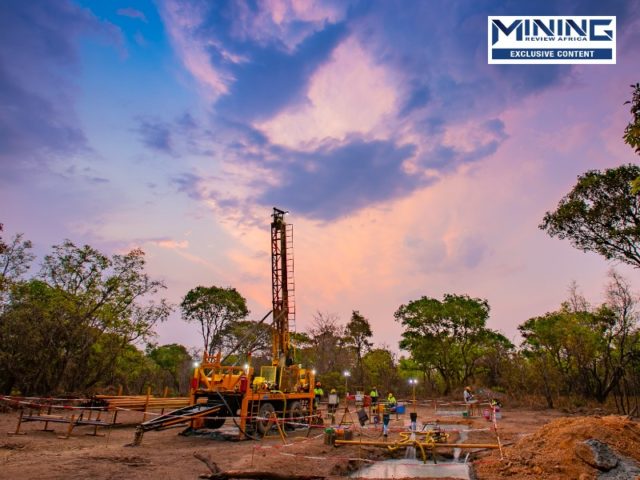 Canadian mining company Ivanhoe Mines’ Western Foreland exploration licences, located to the west of the tier-one Kamoa-Kakula copper project, is a key pipeline asset for the company, which it believes can yield additional high-grade copper discoveries within the Democratic Republic of Congo (DRC).

Despite being focused on executing construction and development activities at the Kamoa-Kakula, Platreef and Kipushi projects, the company has exploration in its DNA and company founder and executive co-chair, Robert Friedland, is always in search of the next world-scale discovery, writes CHANTELLE KOTZE.

According to Ivanhoe Mines VP for resources George Gilchrist, the Western Foreland exploration project consists of 17 licences to the north, south and west of Kamoa-Kakula. These licences were identified based on the exciting potential for the extension of the geological terrain that hosts the high-grade mineralisation at Kamoa-Kakula. The 17 licences cover a combined area of approximately 2 550 km2 of ground which the company’s geological team has prioritised as the most promising for further high-grade copper discoveries.

“Because the region has seen virtually no modern exploration, we will be building out the infrastructure necessary to access and explore the broader land package, mapping the region and leveraging our proprietary database to prioritise the discovery targets that contain Kamoa-Kakula-style copper mineralisation,” says Gilchrist.

In pursuit of the next major copper discovery in the DRC

Having successfully extended the Kamoa copper deposit (first discovered in 2008) with the discovery of the Kakula deposit in January 2016, Ivanhoe embarked on exploration to the west of Kakula in 2017 to test the surrounding area along the Central African Copperbelt. This resulted in the company’s third copper third discovery – Makoko, which was discovered 20 km from Kakula, on the same prospective horizon as both Kamoa and Kakula.

Makoko shares characteristics with the Kamoa Far North Discovery and the recent Kiala Discovery – both of which adjoin the northern boundary of the Kamoa-Kakula mining licence to the Western Foreland exploration licences, and which have the potential to host high-grade copper zones.

The company’s limited drilling to date on the Western Foreland exploration project has been focused at the Makoko and Kiala discoveries, where permanent road access has been established.

In addition to early 2020 drilling at the Kiala Discovery and drilling in the second half of 2020 at the Makoko Sud Discovery, Ivanhoe’s exploration work in 2020 included stream-sediment sampling, soil geochemical sampling, as well as outcrop and stream mapping on the new tenements acquired in 2019. In total, 411 stream-sediment samples and 958 soil samples were collected and processed for analysis.

According to Gilchrist, Ivanhoe’s geologists first identified the prospectivity of the Kamoa-Kakula area in the mid-2000s using the same tools and techniques.

In Q4, 2020, a total of eight new diamond drill holes were also completed along strike of Makoko to the west. The drilling aimed to confirm the continuation of prospective lower Nguba stratigraphy westwards toward the new exploration permits. “Makoko West is extremely significant for the exploration potential of the new exploration permits as it demonstrates that both the target stratigraphy extends westward and that the copper mineralising system on the western edge of the basin is laterally extensive,” explains Gilchrist.

A high-resolution electromagnetic and radiometric survey also commenced in Q4, 2020 and is ongoing. Once complete, the survey will help to better understand the stratigraphic and structural architecture of the new exploration areas, something that is key to generating early stage targets for ground surveys.

Expansion and acceleration of the Western Foreland exploration programme

Much of this year’s exploration will focus on more than 1 700 km2 of new, 100%-owned permits that were acquired in 2019 and received environmental certification in 2020.

“The target of the 2020 field season and the initial phase of the 2021 exploration programme is very much about accumulating data and working with our existing models to pinpoint the best targets for future exploration and drilling,” Gilchrist explains, noting that the early stage exploration and data collection is being used to deepen the company’s understanding of the geology of the new licences for target generation.

This initial exploration programme, budgeted at US$16 million (with optionality to increase the budget should results warrant) will include approximately 40 000 m of combined aircore and diamond drilling, airborne and ground-based geophysics, and soil sampling and will build on work completed in 2020.

Ivanhoe’s exploration team now is working on a comprehensive, fast-tracked exploration programme for the coming years.

“With the same team that discovered the world-scale resources at Kamoa-Kakula firmly driving exploration at Western Foreland, leveraging the same systematic techniques and data-rich processes, we believe we are in the midst of the next generation of great copper discoveries in the DRC,” says Gilchrist.

“Given the strong resource base currently established at Kamoa-Kakula, and the great work being done by our development team, we can potentially expand the Kamoa-Kakula mining operation up to 19 Mtpa,” he concludes.

DID YOU KNOW?
Western Foreland is extremely strategic given that the vast majority of it is fully-owned by Ivanhoe – thus offering additional discovery torque outside the current joint venture at Kamoa-Kakula
Ivanhoe Mines now holds 175 km of strike in the highly-prospective Western Foreland district
The Western Foreland exploration project is more than six times larger in area than the Kamoa-Kakula mining licence