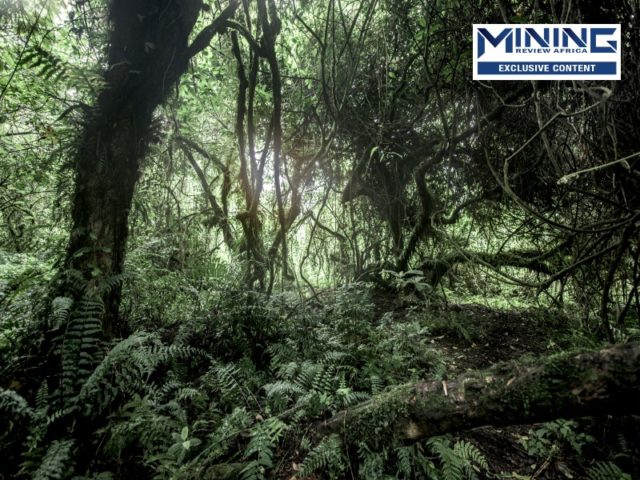 Patience and a clear understanding of the African mining environment is holding AIM-listed Red Rock Resources in good stead as it continues to further its exploration activities in the Democratic Republic of Congo (DRC).

Established in 2004, Red Rock Resources (Red Rock) is a natural resource exploration and development company. The company manages a diverse portfolio of mining, oil and gas investments around the world. This includes the Migori gold project in Kenya and the Luanshimba copper-cobalt project in the DRC.

Red Rock owns 80% of the Luanshimba project, which is situated 65 km south-east of the provincial capital of Lubumbashi in Haut-Katanga, in a 420 ha prospecting license in the Congolese Copperbelt. The tenement is situated along a disrupted anticline with highly prospective, undifferentiated Roan sediments draping off a nearby basement dome, similar to some other productive copper deposits in the immediate area.

The company carried out initial exploration on the property in 2018 which identified two open-ended areas strongly anomalous for copper and cobalt. While Red Rock had intended to commence a geophysics programme at Luanshimba early in 2020, it was slightly delayed due to the onset of the COVID-19 pandemic. Bell explains that some of delays arose because the team was not able to travel in and out of the country as freely as they had before. That said, despite the delay, the company was able to commence its geophysics programme in November.

In February 2021, the company announced that it had completed the first of two phases of the programme. Just over 70 line-kilometres of magnetic data was collected and three magnetically anomalous areas were observed, namely the north-west, the east, and the south-west. The south-west anomaly is considered the highest priority for a follow up ground geophysics programme of induced polarisation (IP).

Thus far, Bell is pleased with the results of the second phase of exploration. “I think the results are sufficiently encouraging and we are going to start drilling shortly. I believe that we have a very significant amount of copper and cobalt,” he adds.

With the rainy season coming to an end, Bell is keen to move to the drilling phase at quickly as possible. At the same time, however, the company is approaching this next phase systematically. “We could start drilling immediately with targeted shallow holes of between 60 and 100m, which is not that expensive. But before doing so, we’ll run some IP lines to increase our confidence in this ore body further.”

In addition, Red Rock has engaged the services of a Canadian geophysical consultancy firm that is analysing thegeophysical data and providing feedback to the company. With this additional layer of interpretation, Bell hopes that they will be able to target better and so use exploration funds smartly.

A local project led by locals

While Red Rock has a myriad of interests around the world, Bell points out that Luanshimba could turn out to be a key part of the company’s overall plans. He adds that a key for Red Rock everywhere is to ensure that its projects ‘look local’, with key management in this case Congolese. “Our ideal is to have a local company build up a team of local people and they can run the execution and operation of the mine as far as possible themselves.

“For example, in Australia we are able to work that way easily as the culture and language are essentially the same. There is a deep pool of talent in the mining sector and people are used to working in a very corporate way. We are not quite there in the Congo. There is a great deal of talent in the country, in some aspects world-class, but they may for historical reasons lack the recent experience that comes with working overseas and with international businesses. So, there is a need for overseas input, not just of capital, but of training and exposure to different working methods.”

Meanwhile, Bell is confident in the DRC’s mining sector, adding that it takes patience and an understanding of the local culture to make progress in the country. He believes that the lessons learnt from its experience in Kenya has helped their endeavours in the DRC.

Between 2015 and 2019, the company was engaged in a legal battle after a Kenyan Minister purported to terminate the licences for its Migori gold project, held through a local partner. However, Red Rock remained “calm, friendly and persistent”, as Bell puts it, and the issue has since been resolved.

Bell is also complimentary on the progress that the DRC’s mining legislation has made. “There have been a few setbacks with the regulatory framework but in general, the progress is all in the right direction. And we want to promote that message. We want to encourage investors into the DRC to see what can be done. For the rest of 2021 and in 2022, we expect to make a lot of progress and to start doing some of the things that have not been possible in the last year, like bringing investor groups to the country,” he states.

Currently, exploration efforts at the project are being funded by the company, however, Bell believes that the potential that Luanshimba has shown thus far will attract funders down the line. “We have taken Luanshimba from an early-stage greenfields site to what I think may be very near being a discovery. Once the drilling work is completed, we may well have a discovery we can talk about and one that will really interest people,” he concludes.