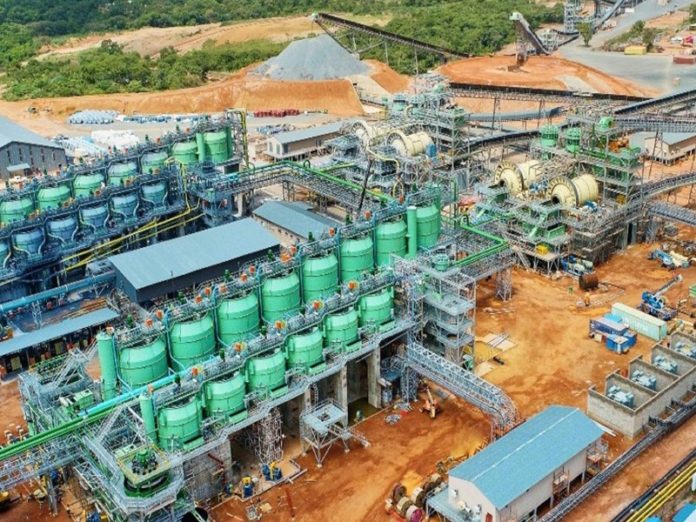 Kamoa Copper S.A. has announced that the company’s Phase 2, 3.8 Mtpa concentrator plant is now approximately 70% complete and is well on track to begin operations in Q2,2022.

The company’s Phase 2 expansion, which entails the construction of a second 3.8 Mtpa concentrator plant, will see a doubling of the mine’s nameplate milling throughput to 7.6 Mtpa.

Phases 1 and 2 combined are forecast to produce approximately 400 000 tpa of copper per year.

Engineering, procurement, and fabrication activities all are effectively complete, and construction continues to progress ahead of plan. The main construction focus remains on the completion of structural steel erection and installation of platework, equipment and piping (SMPP).

Kamoa Copper’s Phase 1, 3.8 Mtpa concentrator plant, which is currently operating at steady-state design capacity, achieved excellent production performance in November, which saw a record 18,270 tonnes of copper in concentrate produced, bringing year-to-date output to more than 87,000 tonnes as of 30 November 2021.

Production was boosted by the arrival of a new mining equipment supplied by Sandvik of Stockholm, Sweden. The new equipment is being used to ramp up mining operations in advance of the start of the Phase 2 concentrator plant.

The company’s mining crews produced a record 548,000 tonnes of ore grading 5.46% copper during the period 21 October to 20 November, as mining ramped up in advance of the Phase 2 concentrator start-up.

“The 548,000 tonnes of ore mined is a major increase compared to our previous monthly record of 409,000 tonnes mined,” Mark Farren, CEO of Kamoa Copper said.

“We expect to see continued growth in monthly mine production as we introduce additional mining crews to fill the second concentrator. We remain firmly on track to start the Phase 2 concentrator production in Q2 2022,” Farren said.

Kamoa Copper’s 2021 production guidance for contained copper in concentrate from the Phase 1 concentrator is 92,500 to 100,000 tonnes.