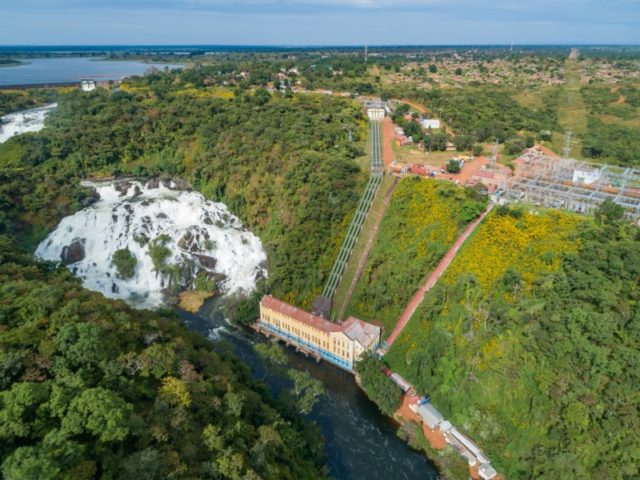 Kamoa Copper S.A.’s concentrator C4 commissioning phase, which involves the milling of ore and first copper concentrate production, is expected to commence between the end of May and early June 2021.

Due to accelerated construction and commissioning progress made, the completion of Kamoa Copper’s first phase 3.8-Mtpa concentrator plant is very close, with majority of the certificates of construction completion signed off.

Kamoa Copper is now energized with permanent hydropower, controls, as well as instrumentation checks that are well advanced. Water is being circulated in certain areas of the plant, marking the beginning stages of leakage checks, certain instrument calibration, and control loop checks, which will then lead to the last stage of contracting that involves the processing of ore through the plant to produce a copper concentrate.

Chairman of the Board at Kamoa Copper S.A., Ben Munanga was pleased to announce that:

“Overall construction of Kamoa Copper’s phase one, 3.8 Mtpa concentrator plant and associated facilities is advancing rapidly and is approximately 98% complete as of the end of April. We are very excited about our progress as the start of production at Kamoa Copper marks the beginning of a multi-generational copper mining district, consisting of numerous high-grade mines”.

The mine’s pre-production surface stockpiles currently contain approximately 3,0 million tonnes of high-grade and medium-grade ore at an estimated blended average of 4.74% copper. Kamoa Copper’s 3.0-million-tonne target of mined high and medium-grade ore has been reached several months ahead of the time estimated in the 2020 pre-feasible study. Lower grade ore will be fed into the plant during the last stage of construction to ensure plant performance and copper recovery are satisfactory before increasing the head grade.

“April was another month of great performance by our mining teams, who continue to produce well above plan. We now have reached our 3.0-million-tonne pre-production stockpile target. This stockpile is likely to grow further as our monthly mining rate currently exceeds the phase one milling rate, and only should be drawn down once the phase two concentrator begins operation in mid 2022.”

“We are proud of the entire Kamoa Copper S.A. team for their remarkable dedication and accomplishments to deliver phase one production ahead of schedule and on budget despite the challenges presented by the COVID-19 pandemic. We would especially like to extend our deepest gratitude to the Kamoa Copper leadership team. Their unwavering passion, vision and commitment to excellence is critical to the ongoing transformation and growth of business.”

“The start of production at Kakula marks the beginning of a multi-generational copper mining district, consisting of numerous high-grade mines. We now turn our focus to scaling up this expansive copper region in a manner that is ethically- and socially responsible and setting a new global benchmark for the elimination of greenhouse gases in the production of copper that the world urgently needs.”

The first two shipments of structural steel and the first three shipments of platework have left the fabricator and are on route to site. The first steel and platework is expected on site in June 2021. Many of the key contractors have been retained for phase two of production to ensure continuity and to carry over learnings from phase one.

Phase one and phase two combined are forecast to produce approximately 400,000 tonnes of copper per year. The project’s phased expansion scenario to 19 Mtpa would position Kamoa Copper S.A. as the world’s second largest copper mining complex, with peak annual copper production of more than 800,000 tonnes.

Focus will be placed on scaling up the expansive copper region in a manner that is ethically and socially responsible and setting a new global benchmark for the elimination of greenhouse gases in the production of copper.