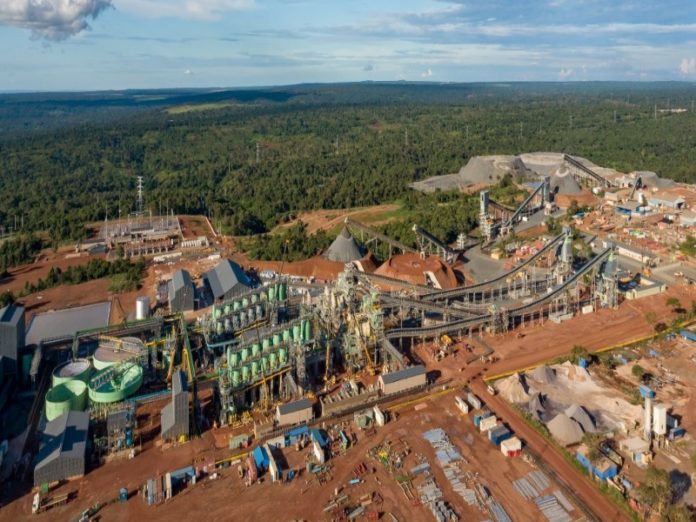 Ivanhoe Mines Co-Chairs Robert Friedland and Yufeng “Miles” Sun have announced that Kamoa-Kakula’s Phase 1, 3.8 Mtpa concentrator plant in the DRC has exceeded the upper end of annual copper production guidance with more than 100,000 tonnes of copper in concentrate produced year-to-date, as at December 22, 2021.

The figures are on a 100%-project basis and metal reported in concentrate is prior to refining losses or deductions associated with smelter terms.

Ivanhoe’s 2021 production guidance for contained copper in concentrate produced from Kamoa-Kakula was 92,500 to 100,000 tonnes, which was originally projected to be 80,000 to 95,000 tonnes. The annual production guidance was also previously increased in November, reflecting the successful completion of ramp-up of the Kakula Phase 1 concentrator.

Kamoa-Kakula’s 2021 copper production to the end of the year, as well as guidance for 2022 copper production, cost of sales and cash costs, including the start of Phase 2 operations, will be provided in January 2022.

“Kamoa Copper’s performance marks an excellent end to what has truly been a banner year for Ivanhoe Mines,” commented Founder and Executive Co-Chair Robert Friedland.

“We would like to extend heartfelt congratulations to the team at Kamoa-Kakula, who consistently exceeded expectations during the construction and development of the world’s newest world-scale copper mine, and have continued that outperformance as we have moved through ramp-up and into full production.

“The Phase 2 expansion remains significantly ahead of schedule, and we are well on the way to doubling annual copper production to approximately 400,000 tonnes starting early in Q2 2022. So far in December, we have seen feed grades in excess of 6% copper and recoveries have also been exceeding our design recovery of 86%, which bodes well for our ability to efficiently ramp-up future expansions at Kamoa-Kakula. Our management team now envisions the Phase 3 concentrator will enter production by the end of 2024.

“Finally, we would like to extend warmest wishes for a peaceful holiday season and a happy and prosperous New Year to all our employees, partners, stakeholders and shareholders. We look forward to an exciting 2022 as we continue to build Ivanhoe Mines into the next major, carbon-neutral global miner by doing things differently … our team is re-inventing the responsible supply chain of the ‘electric metals’ that the world desperately requires for the energy transition.”