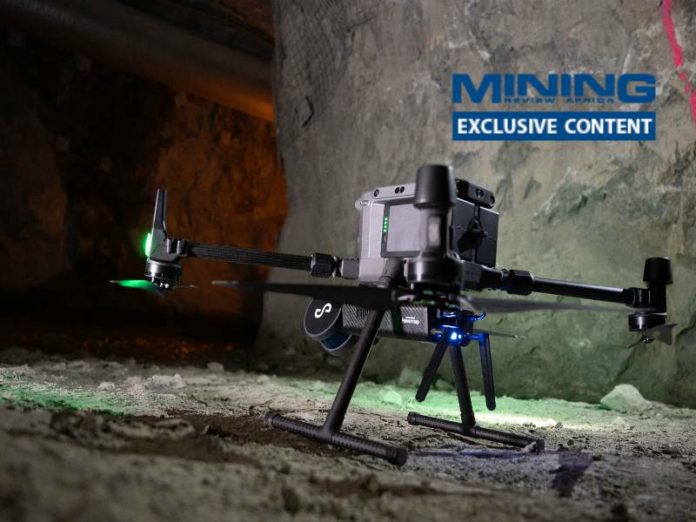 LiDAR (light detection and ranging) is a mapping technology that provides accurate 3D data. How does it work and what are the benefits?

GERARD PETER finds out more from Dr. STEFAN HRABAR, CEO and co-founder of Emesent, a specialist in drone autonomy and LiDAR mapping technology.

Prior to forming the company, Hrabar and co-founder Farid Kendoul, along with other team members worked for the Commonwealth Scientific and Industrial Research Organisation (CSIRO), Australia’s equivalent of South Africa’s CSIR.

Hrabar and Kendoul have PhDs in robotics, specialising in drone autonomy. They had been with the CSIRO for 13 years during which time they developed a solution using LIDAR in real-time on a drone to do navigation and mapping and realised its commercial potential.

After embarking on a fundraising initiative, they co-founded Emesent at the end of 2018.

Simply put, LiDAR sends out a pulse in the form of a laser light. That pulse bounces off whatever it hits and returns to the receiver and the time it takes to complete the return trip is calculated. Based on the speed of light, one is able to calculate how far an object is.

“Traditionally, the LiDAR device was used on a tripod,” states Hrabar. “But obviously, that had its limitations as you have to keep moving this tripod around. As such, it’s very hard to cover the entire area without having any kind of blind spots or shadows.”

Now, explains Hrabar, LiDAR devices can be used handheld or put on a moving object such as a drone that covers the entire area.

Emesent’s flagship product, Hovermap, is a versatile LiDAR scanning unit which can be handheld or mounted to a drone. Using Simultaneous Localisation and Mapping (SLAM) technology it enables autonomous mapping even when GPS is unavailable, which makes it well suited for underground mining operations.

“We have adapted the technology to be used on a drone and the device is firing out 300 000 pulses per second in all directions. We then use the information to create a 360° field of view of the environment around the drone,” explains Hrabar.

The LiDAR data is used to figure out how the drone is moving and where the obstacles are in an underground environment. At the same time, all the data is being stored on board the Hovermap.

After the flight, the data is processed to generate a detailed point cloud using 100% of the data and not just a small portion that’s needed for the real time navigation.

In addition to using Hovermap for surveying purposes and automating the drone flight, in future the device could also be used to control autonomous vehicles underground.

Empowering working in the new normal

While LiDAR technology has enormous benefits for a mining company, it is vitally important that the technology is used in the correct way. To that end, Emesent includes training when it sells the Hovermap to clients.

“We can spend up to four days on site with clients and we adapt the training depending on a person’s level of expertise, but by the second day they are flying the drone themselves underground into stopes, etc.

“It helps to have some knowledge of flying a drone but the beauty of Hovermap is that it is simple to use via an app; it does everything for you and keeps itself safe,” adds Hrabar.

Already, the technology has proven successful in a number of mines where it is being used. This includes Barrick’s Kibali gold mine in the Democratic Republic of Congo which has been using Hovermap for more than a year to map their stopes and will soon be deploying a second system.

In the wake of the COVID-19 pandemic, remote working and automation has been in the spotlight now more than ever.

“Traditionally, mining companies have mobilised people for field tasks, such as reconnaissance, reporting and maintenance, but the current COVID-19 crisis has demonstrated the vulnerability of that modus operandi,” Hrabar says.

“The lockdowns which have been imposed around the world have made it impossible for many mine sites to continue operating in their normal way.

Technologies like LiDAR can enable many more activities to be conducted remotely in mining,” he concludes.

Facebook
Twitter
Linkedin
Previous articleHoists that ensure the highest level of personnel and equipment safety
Next articleTech talk: Mining metals of the future