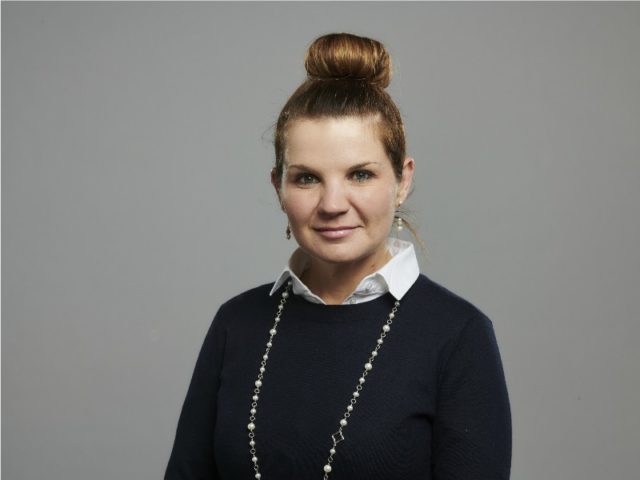 As the mining industry and indeed the world comes to terms with operating in ‘the new normal’ brought on by the COVID-19 pandemic, new Ivanhoe Mines president, MARNA CLOETE, certainly has her work cut out.

However, this mining industry veteran is more than ready for the challenge, having already shown her strong business acumen in a male dominated industry. GERARD PETER reports.

A registered Chartered Accountant, Cloete was appointed president of Ivanhoe Mines in March this year. She joined the TSX-listed company in July 2006 and was promoted to chief financial officer (CFO) in December 2009. She will retain this role in addition to her new duties as president.

After completing her studies at the University of Johannesburg, Cloete first cut her teeth in the mining industry in 2002 in the Metals and Mining Division of PricewaterhouseCoopers.

Its clientele included Harmony Gold Mining Company, Palabora Mining Company (a member of the Rio Tinto Group at the time) and Ingwe Collieries (a subsidiary of the Energy Coal Division of BHP Billiton). However, it must be noted that a foray into mining was not Cloete’s first choice when studying but it is a decision she doesn’t regret.

“Initially, I studied a BSc. in Information Technology but two months into it, I realised I made a big mistake and changed over to a B.Com. degree,” she starts. “After completing my studies, I applied for articles at PricewaterhouseCoopers.

“Here you can select three industries that you want to be involved in. My last choice was mining. But this is an industry that grows on you. It deals with all levels of society and what I love most about it is the impact that mining has on surrounding communities. If you mine responsibly, you can change the destiny of a whole town.”

Straight into the thick of things

One of Cloete’s biggest challenges when she became president was how Ivanhoe Mines was going to handle its onsite activities at its Kamoa-Kakula copper project in the Democratic Republic of Congo (DRC) during the COVID-19 pandemic.

“With all the international borders shutting down, we had to act swiftly,” she explains.

“A week before President Cyril Ramaphosa announced the national lockdown, we arranged a chartered flight to the DRC and loaded as many expats that were on rotation on that flight. These individuals had to commit to spending a considerable period out of the country to keep the project on schedule.

“As a result, we have our senior management team and executives currently on site. It’s a big sacrifice for these employees to be away from their families for such a long time and we are currently working with the South African government to allow some sort of rotation roster going forward. Thanks to the dedication and commitment of our team, we are still on track for Kamoa-Kakula to commence production in Q3, 2021.”

As president and CFO, Cloete needs to ensure that Ivanhoes Mines is able to meet its exploration and mining ambitions while considering its balance sheet and this is no mean feat. She believes that this can be done by looking at the end result.

“Yes, you can be passionate about the geology of a project but ultimately it is a product that you are creating and you need to be able to market that product and create an acceptable return for your shareholders.”

“It’s like Steve Jobs who believed in the value of the iPhone. If you believe in the fundamentals of commodities such as copper and PGM’s, and their future  use then it is easy to be in this industry,” she states.

Commenting on her dual role of CFO and president, Cloete states that both roles are equally important. She strongly believes that the company’s financial health is critical for the company’s preservation and financial success, however in the wake of the COVID-19 pandemic Ivanhoe Mines needs strong leadership who will remain focused on our strategic objectives.

“The two roles complement each other but you are only as strong as the team that works with you. I am fortunate to have a strong, loyal team that shares Ivanhoe Mines’ vision,” she adds.

Ringing in the changes

As president, Cloete has also being tasked with reorganising the company’s structure with a particular emphasis on relationships with the company’s stakeholders and shareholders. Just, how will she go about doing this, particularly in the wake of coronavirus?

“We have already announced a few cost-cutting measures such as closing some of our corporate offices in order to consolidate our operations,” she states.

“We also had a close look at our operating model and the way we want to structure our executive team going forward. As such we are looking at decentralising our leadership to be focused at project level, just like Kamoa-Kukula where we have a standalone executive team.”

With regards to the challenges faced by women in a male dominated industry, Cloete says, “I have been very fortunate and have never felt that there was a glass ceiling, but I know that is not always the case for females in the mining industry. There needs to be more awareness to make this industry more appealing to women.”

While she strongly advocates that more needs to be done to attract females to the mining industry, Cloete is a firm believer that you gain success through merit.

“I am a firm believer that you get to where you are because of merit and not because there is a female quota to fulfil, and that anyone with drive and passion can determine their own destiny. I believe that I am where I am because of the hard work that I put in.

“Moreover, we should not focus on the quotas, but rather on recognising and harnessing the talent of our youth, irrespective of their gender,” she concludes.