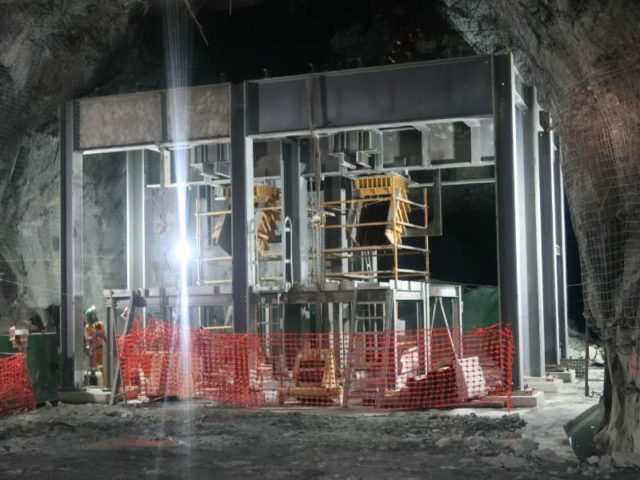 In spite of the challenges associated with developing new mines across central Africa, mining contracting specialist Murray & Roberts Cementation has proven that it can still deliver world-class methodologies, particularly in the field of shaft sinking, guaranteeing fast and effective service delivery.

“While central Africa may not be flush with a lot of new project work at present, it remains a focus area for Murray & Roberts Cementation,” Widlake starts.

“As testimony to this statement, the company not only invested in the establishment of a Zambia-based subsidiary about six years ago, but has spent the subsequent years “Zambianising” the facility as well – upskilling and employing local personnel, and in doing so reducing the number of expatriates.”

“We have taken many of our Bentley Park training modules into this office to maintain our uncompromised safety practises,” Widlake notes.

Establishing local offices is also a reflection of Murray & Roberts Cementation ’s understanding that Africa does not function as a single region.

“Different countries and regions operate with their own sets of rules and regulations and only through established in-country facilities can you operate successfully according to each unique set of rules,” Widlake continues – “And central Africa is no exception.”

In addition to its Zambia-based subsidiary, the company also has a joint venture partnership established with a local mining contracting firm in the Democratic Republic of Congo (DRC), supported where necessary by Zambia, and whose purpose is to help facilitate work across central Africa as well.

“Not only has the office assisted Murray & Roberts Cementation in attaining supplementary contract work in support of its primary service offerings, but has contributed to the success of two major sinking projects in the country – the completed Synchlonorium shaft and another entailing a highly innovative approach which shortened the duration of the shaft sinking project,” Widlake points out.

The project, recently commissioned, entailed the development of a new 1 500 m vertical shaft for a major copper producer in the northern region of the country near the DRC border.

The project was executed using a triple raisebore development approach – in 500 m increments.

“Because we were able to equip the sections while the second and third shaft portions were being raisebored, the duration of the project was significantly reduced,” Widlake notes.

Thanks to its highly advanced steering technology, the company was also able to connect the three shaft portions accurately.

‘Flatreef’ at Platreef marks the start of PGM revolution

“This project truly showcases not only our specialised sinking capabilities but also our ability to deliver them in Africa,” Widlake further confirms.

Upon completion of the shaft sink, the company has also been awarded the contract to operate the shaft on behalf of the client, and is furthermore undertaking a large amount of development and infrastructure work for the mine as well.

Still making its mark in the Congo regions

Moving into the heart of central Africa, Murray & Roberts Cementation ’s DRC joint venture Enterprise Generale Malta Forrest SA (EGMF) has not only assisted the company in overcoming the language barriers of working in a Francophone country, but has also ensured it has remained legislatively compliant post the introduction of the DRC’s new Mining Code.

At present, the company has been assisting with mine engineering skills to assist re-open a very high grade zinc and copper underground mine.

“This will be one of the few major new projects in the country and again represents the opportunity for a more unique shaft sinking and infrastructure skills set.

“We hope to secure the execution work for the project, not only as a result of the work we have already undertaken on site but also because we have the specialist skills and experience to revitalise this +1 000 m deep shaft,” Widlake notes.

Outside of this project, Murray & Roberts Cementation has extended its full service offering to the DRC region, perhaps a challenge for some companies but not for this contract mining expert.

The country consequently has access to the company’s full suite of services including mine engineering, mine development (horizontal or vertical mine access), infrastructure development, contract mining and mining services (water management through to raise-boring).

One of the most exciting sinking projects on the horizon that the company is looking to extend its reach beyond the DRC into the Republic of Congo which is awaiting the start-up of a new underground potash mining operation.

The project owners are looking to mine its high grade potash resource, situated less than 100 km from the Pointe Noire port city in the country.

“The project requires two 250 m vertical shafts to access the resource and we are tendering on this project, in addition to other supporting infrastructure work,” Widlake confirms.

As is typical with most underground potash mines, this resource is situated below a water-bearing upper section.

“This will require ground freezing in order to create an ice wall which can then be transitioned through in order to continue sinking,” Widlake explains.

While ground freezing is not new to the global potash industry, it does require specialist sinking skills to deliver this and through Murray & Roberts Cementation’s connections with its global subsidiary businesses including Canada, the company has experience in this specific field.

“This is an exciting project and we hope to be involved in the successful delivery of what will be the first underground mine in the country,” Widlake concludes. 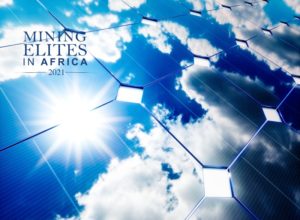