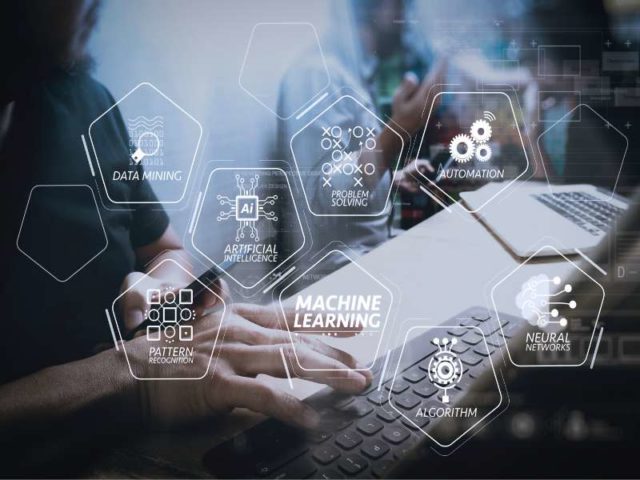 In  his address to this year’s Investing in Africa Mining Indaba last month, President Cyril Ramaphosa said: “A safe and healthy modern mining sector is one that is competitive, attractive for investment, but that is also technologically innovative.”

He was echoing the words of Minerals and Energy Minister Gwede Mantashe at last year’s indaba, when he said that the Fourth Industrial Revolution (4IR) provides new growth opportunities for the mining industry, which must position itself, including reskilling the workforce, to take advantage of this new reality.

Both these leaders in government understand the economic importance of the sector; last year alone it contributed R361.9-billion to the country’s gross domestic product (GDP) and employed more than 400 000 people.

Yet, the SA Federation of Trade Unions (Saftu) has already expressed concerns about the implementation of the 4IR, and asked the government to make “major interventions to prevent the 4IR becoming a disaster for labour and society”.

Just this past month, Saftu organised a major strike for 24 February, the day Minister Tito Mboweni was due to deliver his Budget address.

Two of the expressed demands of the strike are that government “urgently develop a ‘Green New Deal’ that rapidly cuts carbon dioxide and methane emissions” and that government develop “a genuine Just Transition with mass job creation and a healthier environment, protecting the interests of workers in the energy, mining, smelting, automotive and related industries”, among other demands.

These demands are more than adequately met by the technologies deployed in the 4IR.

The 4IR is here already

The reality is that the 4IR is already happening and that plans are already being implemented to ensure that the interests of workers are protected. In our opinion, the industry has the opportunity to focus on the considerable benefits that the 4IR – particularly digital automation – brings.

For example, it is currently dangerous and expensive to dig deeper underground to find new bodies of gold ore. In those situations, new technologies such as robotic drills and automated vehicles can save lives.

Automation can also achieve the union’s stated goals of reducing a mine’s carbon footprint by allowing for minerals to be processed underground, before transport to the surface.

Despite the fears of the 4IR leading to job losses, digitised mines still require manpower, just with different skills sets. These skills sets are already being developed by existing labour forces, who are being reskilled to work in a more digital environment.

A trained machine operator of automated machinery is more employable than an unskilled or semi-skilled rock drill operator and can demand a higher salary – and not just in the mining industry.

Examples of machines that require an operator include autonomous haulage vehicles, which may be driverless but still require human control, and advanced shaft and tunnel-boring systems that help mines to reach deeper ore bodies without putting human bodies in danger.

Automated drilling equipment is helping companies to boost production while keeping employees safe, with operators using wireless networks to control the drills and obviating the need for a human being to be in the same confined, dangerous space as the drill. While a human being still controls the drill via video, with a full set of drill rig controls, they are in a physically safe space.

The use of robotics is currently fairly limited in the mining sector, but the concept allows for several new possibilities, such as a robot that automatically replaces idlers (the long stretches of “rails” that support conveyor belts along their length to prevent them from sagging) on loaded operational conveyor belts.

This will improve conveyor maintenance, which is currently difficult, risky, and requires the belt to come to a standstill, hampering production.

Digitisation of mines also creates a greater demand for people with IT skills, a category of graduates which would not traditionally be absorbed in large numbers by the mining industry.

Upskilling workers to provide for these new needs – in a mining world that is characterised by technology – can provide many new job opportunities, rather than the “massive job losses” imagined by many.

At the same time, it is true that embracing 4IR and implementing a more digital workplace in the industry may threaten some jobs and spur a revolt from the mining labour unions.

However, not embracing 4IR could spell the end of profitability for many mining companies, which would be a certain threat to job security in the sector. How do we create a balance?

The mining industry has displayed resilience and adaptability and, if the industry works together to forge a way forward, it is likely to be successful. We agree with Mxolisi Mgojo, the president of the Minerals Council, that the 4IR creates new, better paid, safer, healthier, and more fulfilling jobs. In particular, we are seeing our mining clients focusing on upskilling their workers, and spending a lot of time thinking through solutions.

We are finding the industry is doing its best to be transparent and play open cards with unions and going to great lengths to educate workers and unions about why it’s important to embrace the 4IR. The 4IR means survival for the industry, and it has the potential to mean survival of jobs too.

Our one caveat is that new technology should not be introduced as a surprise to workers and unions. Rather, all role players – mine owners, funders, relevant government departments, labour unions and training institutes, and even consultants – should work together to ensure a smooth transition.