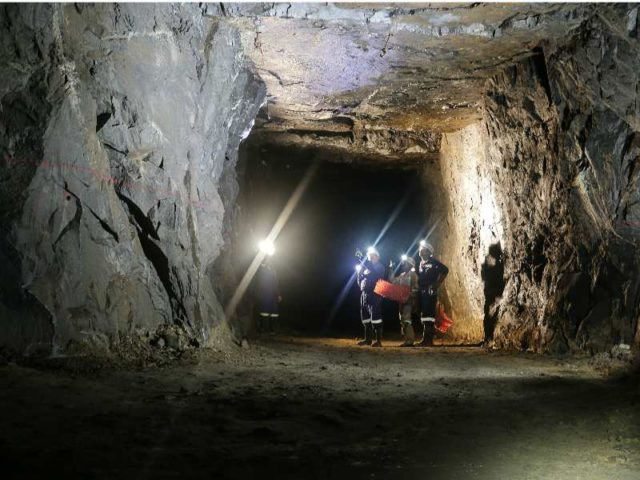 Poised to produce 189 000 tonnes of copper and 580 000 tonnes of zinc from a 30.49 Mt resource (grading at 1.2% copper and 3.7% zinc), ASX/JSE-listed base metals developer Orion Minerals’ Prieska copper-zinc project is underway with a study to optimise these already impressive figures, with the aim of breaking ground at the project in Q3, 2020.

Orion Minerals can best be described as a junior miner that is picking up where a major left off.

The historic Prieska project, which was successfully operated for 20 years by the once major mining company, Anglovaal, produced over 430 000 t of copper and more than 1 Mt of zinc from 46 Mt of milled ore throughout its life, until its closure in 1991 – resulting from falling copper and zinc prices, which rendered the operation uneconomic at the time.

After a worldwide search to find an advanced stage copper-zinc or copper-nickel exploration asset with a style of mineralisation that was amenable to bulk, mechanised and modern mining, Orion set its sights on the historic Prieska mine, which ticked all of these boxes.

While already highly attractive based on this global ranking alone, Smart explains that VMS deposits have an additional attraction in that they occur in clusters – with research confirming that the sum of the smaller orebodies, almost always add up to the single largest ore body.

“What piqued my interest in Prieska is that based on the mine’s history and what we know about VMS deposits, as well as the fact that the area around the historic mine is unmined, at the time we concluded that there should be a minimum of another 46 Mt of ore within the Prieska cluster, this has now increased to a target of another 80 Mt,” Smart theorises.

Having acquired the asset in 2015, and on the back of investment by mining-focused, private equity group Tembo Capital – one of Orion’s largest shareholders – the company undertook an 18 month, 86 000 m drilling campaign.

Some of the first few holes delivered some of the highest-grade intersections drilled at Prieska, some of which were drilled at the furthest known extension, which indicated that the ore body remains open at depth.

Having been completely sealed up, Orion reopened the shaft and upon inspection, was pleasantly surprised that the 1 100 m-deep and 8.8 m-wide concrete-lined hoisting shaft and concrete headgear remained intact.

As a result, limiting the new infrastructure required that includes rock-and-materials winders, underground rock handling facilities, an ore processing plant and related surface infrastructure, all of which will be modern, efficient and purpose built for the new mine.

Existing infrastructure also includes a water pipeline from the Orange River, tarred roads, national grid power supply and a 1.7 km-long air strip, while the operating rail siding of Groveput, located 50 km from the project site, on-route to the town of Prieska, provides rail access to the main Kimberley – De Aar railway line and from there the ports.

Apart from being currently flooded to a depth of 330 m below surface, which will require 14-months of pumping to de-water the mine (or shorter depending on the results of the optimisation work).

Smart is confident that once Orion breaks ground on the project by late Q3 at Prieska, that it would take 28 months to reach production, 33 months to break-even and one-year from then to reach full production, however, these timelines are expected to change following the release of the optimised BFS study.

2019 was a significant year for Orion and the year in which the company completed its first global mineral resource estimate in January, and then only six months later – in June – delivered a BFS, and was granted a mining right for Prieska in September.

It also revealed strong economics including undiscounted free cash-flows of A$1.1 billion pre-tax, a pre tax project NPV of A$574 million and peak a funding requirement of $378 million.

The project is now rapidly gaining momentum and the positive results from the ongoing value engineering and optimisation study work, which has continued since the completion of the BFS, is now being incorporated into the BFS financial analysis and project development plans.

This will culminate in the release of an updated BFS in Q1 this year with the expectation of reduced pre-production capital and thus reduced financing requirements.

Results of these optimisation studies have the potential to reduce pre-production capital, significantly extend the planned mine life and further improve project economics and reduce the financing requirement.

There are three key studies, which are now at an advanced stage and are being incorporated into the optimised and updated BFS, these include:

Currently in the financing phase, Orion is also progressing negotiations with various parties to secure the total funding requirements for the development of the Prieska project – expectation of 60% of which will be debt funding and 40% will be equity funding.

Written expressions of interest have now been received from seven banks to provide senior secured project debt financing. In addition, several proposals for provision of mezzanine debt and equity investment at asset level have also been received, from parties interested in securing future product offtake.

Several expressions of interest have also been received from potential strategic investors, who are interested in partnering via significant equity participation in Orion’s mine operating subsidiary companies.

Orion is developing Prieska at a critical juncture in the global mining industry’s history – where the industry is moving away from conventional, labour intensive mining to a more modern and mechanised way of mining.

Not only will the base metal junior be establishing a Brownfield modern, mechanised mining operation in the footprint of the historic operation (without disturbing any additional land), but it will ensure that Prieska is a fully-mechanised and automated mining operation, which employs digital information systems and long-hole stoping.

“If we want to prevent health and safety incidents in the mining industry, we have to change the way we mine,” says Smart, adding that Prieska aims to be an efficient and sustainable mechanised and modern mining operation – it is this that makes Prieska viable.