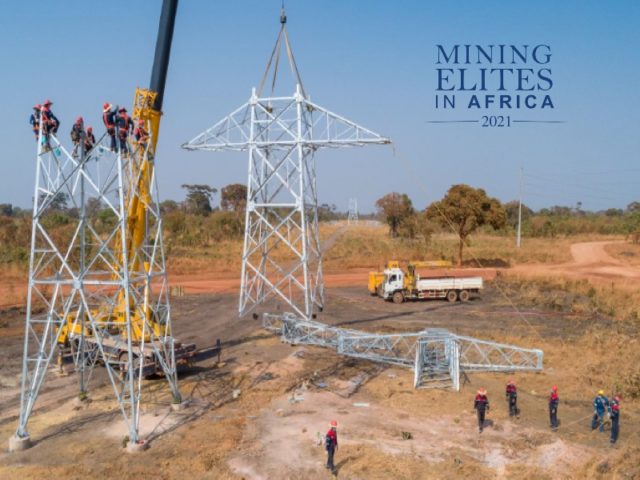 One of the most ambitious mining projects in Africa is the Kamoa Kakula copper project near Kolwezi in the southern DRC. It could eventually develop into the second biggest copper mining complex in the world, second only to Escondida in Chile.

The first mine of the project, Kakula, a 6 Mtpa underground operation, is well into the construction phase and the developers, Ivanhoe Mines and its joint venture partners, are predicting first production in Q3, 2021.

Ivanhoe has stated that its goal is to become the world’s ‘greenest’ copper miner and be among the world’s lowest greenhouse gas emitters per unit of copper produced. In keeping with this objective, Kakula (and its follow-on mines) will draw their electricity from three existing hydropower plants in the DRC.

“Much has been discussed on the incredible potential possessed by Ivanhoe’s Kamoa-Kakula copper project in the DRC. What makes it even more impressive is that it’s looking to hydropower with a combined 200 MW capacity to achieve that ambition.” – Tom Quinn

These will have a combined capacity of 200 MW once they are upgraded and recommissioned.

The Mwadingusha hydropower plant, located on the Lufira River at the mouth of Lake Tshangalele, is the first to be upgraded. Located 250 km north-east of the project area, it was commissioned in 1930.

Once the refurbishment programme is complete, it will be able to supply 72 MW, which is 10% above its original capacity. The work at Mwadingusha is being led by engineering firm Stucky of Lausanne, Switzerland, under the direction of Ivanhoe and its main joint venture partner, Zijin Mining Group, in conjunction with the DRC’s state-owned power utility, SNEL.

Advances made to SNEL by Ivanhoe and Zijin to fund the upgrade will be recovered through a reduction in the power tariffs paid by Kakula and its sister mines.

A consortium led by Andritz of Switzerland – which supplied the original turbines 90 years ago when it operated under the name Charmilles – is the contractor for the refurbishment of the plant and its team mobilised to site in 2017.

The progressive re-commissioning of the turbines, fully refurbished and modernised with state-of-the-art control and instrumentation, is reported to be progressing well and is expected to be completed in Q1, 2021.

Commenting on the project, Robert Friedland, Ivanhoe’s Executive Chairman, says it represented a significant private-public partnership venture between SNEL, Ivanhoe and Zijin which was vital to securing sustainable, clean electricity for the Congolese people and for the development of a Tier 1 copper mine at Kamoa-Kakula.

“Hydropower, with its virtues of being clean and renewable, is the best energy solution to support our development priorities as we continue to look for ways to reduce our impact on the environment and produce the copper the world requires,” he adds.

Upgrading of the other two existing hydropower plants – Koni and Nzilo 1 – is expected to begin once the upgrading of Mwadingusha is complete. Koni lies directly downstream of Mwadingusha while Nzilo 1 is on the Lualaba River to the north of Kolwezi and approximately 40 km from Kamoa.