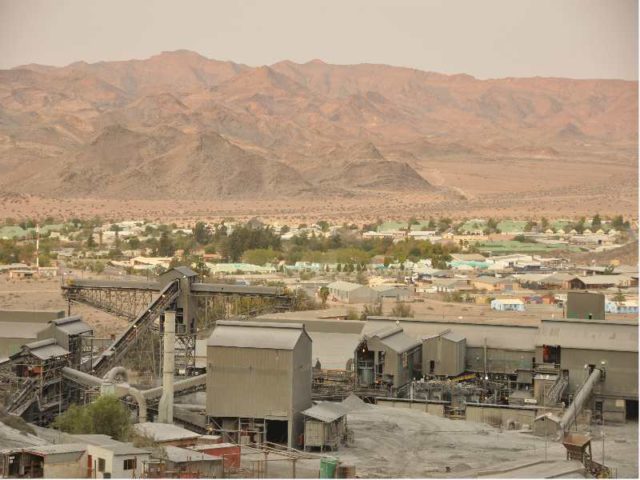 TSX-listed Trevali Mining Corporation has announced positive pre-feasibility results for its plan to expand its Rosh Pinah zinc mine in Namibia.

Namibia – Monikered RP2.0, the PFS is based on a scenario to expand the current throughput from 0.7 Mtpa to 1.3 Mtpa through the modification of the processing plant, construction of a paste fill plant, and development of a dedicated portal and ramp to the WF3 deposit.

The PFS incorporates an upgrade to the comminution circuit to include a new single stage SAG mill and pebble crusher. The upgrade also includes primary crushing upgrades, an ore blending system, along with other circuit modifications to provide increased flotation, thickening, filtration and pumping capacity to achieve the target throughput of 1.3 Mtpa. The upgrade will also include several flowsheet modifications aimed at improving both the concentrate grade and metal recoveries.

Once the project is commissioned, onsite operating costs are expected to reduce by approximately 28% on a per tonne milled basis. Mining costs per tonne milled will be reduced due to the change in the mining method to include paste fill allowing for increased ore recovery and reduced mining dilution.

Ricus Grimbeek, president and CEO, commented: “Over Rosh Pinah’s 50-year operating life the mine has processed close to 30 million tonnes and today we have 16 million tonnes in resource, inclusive of reserves, with several advanced exploration targets ready to drill.

“To match this exceptional ore body, the PFS recommends an 86% expansion to the existing production capacity by sizing the infrastructure to a nominal throughput of 1.3 Mtpa. This yields an 11 year mine life and post expansion, reduces the AISC to an average 2 of $0.64 per pound of zinc.

“This positions the asset well into the bottom half of the industry’s cost curve and will ensure the operation’s resilience and robustness through the commodity price cycle. Furthermore, fixed on site costs on a per tonne milled basis will also decrease as the mine ramps up from 0.7 Mtpa to the PFS target of 1.3 Mtpa as a function of higher annual throughput.”

Prior to making an investment decision Trevali intends to commence a feasibility study of the RP2.0 expansion in the first quarter of 2021.