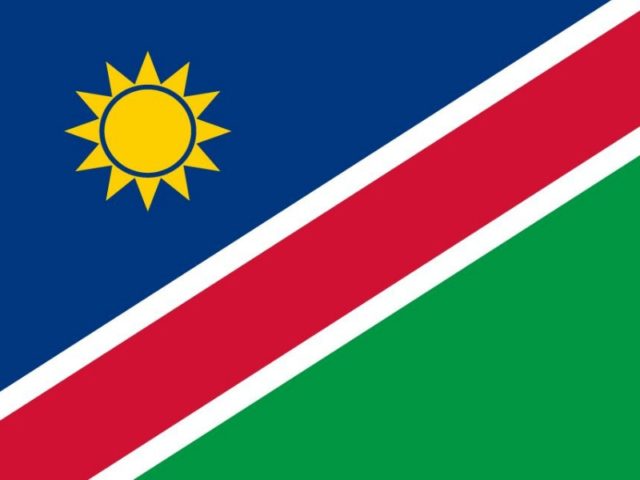 After taking a knock due to decreasing demand brought on by the COVID-19 pandemic, the zinc market is starting to show good signs of recovery. This bodes well for TSX-listed Trevali Mining Corporation’s expansion plans for its Rosh Pinah zinc-lead mine in Namibia.

Now, while mid-tier miner Trevali may have a basket of lucrative mines and development projects across the globe, GRIMBEEK states that Rosh Pinah is the company’s crown jewel. Now, with a steady cash flow and a focus on technology, it is furthering its expansion at the mine, dubbed RP 2.0.

Rosh Pinah is an underground zinc-lead-silver mine effectively processing 2 000 tpd (ROM). The mine has been in continuous operation since 1969 and currently produces zinc and lead sulphide concentrates containing minor amounts of copper, silver, and gold.

In August 2020, Trevali announced positive results from its NI 43-101 pre-feasibility study (PFS) based on a scenario to expand the current throughput to 3 600 tpd by modifying the process plant, constructing a paste fill plant, and developing a dedicated portal and ramp to the WF3 deposit.

According to Grimbeek, the PFS showcases “good economics”, including a capital build of just under US$100 million. “The real benefit for the company is that Rosh Pinah will expand its production on an annual basis. This really drives down the cost profile of the business to a mid-60c per pound all-in-sustaining-costs (AISC),” he explains.

Trevali is currently completing a feasibility study which will be published in H2, 2021. “The study is going well and we are looking at multiple options but we are very confident in the project and will focus on its delivery in the next couple of years,” states Grimbeek.

For now, the expansion is set to deliver a 10-year mine life at Rosh Pinah. However, given that the mine has been operating for more than 50 years, Grimbeek is confident that the mine’s life will expand well beyond this.

But there is also greater value that stretches beyond the expansion Grimbeek outlined. Trevali has a joint venture with global miner Vedanta to develop its Gergarub zinc-rich body located approximately 15 km north-west of Rosh Pinah. “I believe that RP 2.0 will allow us to mine that ore body and we will be able to put this ore through the expanded plant as well. By utilising our existing and expanded plant infrastructure, we will not need to invest heavily in the establishment of a full-scale, additional processing facility at Gergarub, while still enjoying the benefits of another seven to eight year’s life of mine. This equates to a +20-year mine life at Rosh Pinah,” explains Grimbeek.

When it comes to financing the project, Trevali is in good stead. The company recently put its Caribou zinc mine in Canada, which was on care and maintenance at a cost of $6 million a year, back into production. Now the company is hoping to generate organic cash flow from Caribou which will be used to support the funding RP 2.0. Grimbeek believes that with the zinc price around $1.20 to $1.30/lb, the company is expected to generate significant cash flows from Caribou and the rest of the operating portfolio to fund Rosh Pinah’s growth.

He adds that the company’s overall liquidity position is is quickly improving from the weak zinc market experience in early 2020, meaning that Trevali may not have to go to market to fund the expansion project once the Feasibility Study is complete. “We are looking at the project closely and an investment decision will come after the feasibility study is published.”

While many mining operations were hampered as a result of COVID-19, Grimbeek states that this was not the case at Rosh Pinah and the operation remains firmly on track. “Throughout the pandemic, we managed to keep the operation going. We brought in new health and safety protocols to ensure our personnel would remain healthy, he adds.

Building a mine of the future

Right from the very onset of the expansion programme, there has been a strong focus on technology. In fact, Rosh Pinah is the company’s flagship digital mine. Here, Trevali pilots technology before implementing it at its other operations.

Currently, the company is in the process of implementing an operating platform developed by mining software and consultancy company, MineRP. This includes an underground wifi system that can track people and equipment, thereby enhancing productivity and safety. It is also putting more systems and process mechanisations in place in the processing plant.

Other technological advances include autonomous drone surveying. This will increase the scope, accuracy and frequency of underground surveying and enable faster turnaround times between surveying efforts and information required to make important decisions.

Another major development is the use of drilling telemetry. This allows for real-time access to drill machine data so that operators can see drilling performance and progress as they do the work. The information is also made available to the mine planning and execution teams through the underground network so that they know at any time if work is being delivered according to plan.

“We are also looking at a solar farm as part of our effort to reduce our environmental footprint.. RP 2.0 definitely has a world-class future,” adds Grimbeek.

In addition, RP 2.0 will bring significant benefits to Namibia and its citizens. “We are expanding the mine, so we are naturally going to have higher volumes of workers. Also, when you bring in new technology, you get people out of dangerous situations because you can have operators controlling from surface.

“We are going to spend around $90 million to fund the expansion and that excludes the solar farm. That is a lot of money coming into the country. Also, a solar farm will always outlive the mine it is powering, in turn showing our commitment to long-term sustainability for our communities and our commitment to creating a low carbon energy source for people in that community,” states Grimbeek.

Grimbeek reiterates that Rosh Pinah is an important part of the company’s strategy going forward. “We have a well thought out strategy to expand the mine and any zinc operation achieving an all-in-sustaining-cost of about 65c per pound is a tier one operation and this is what we will have in Rosh Pinah,” he concludes.