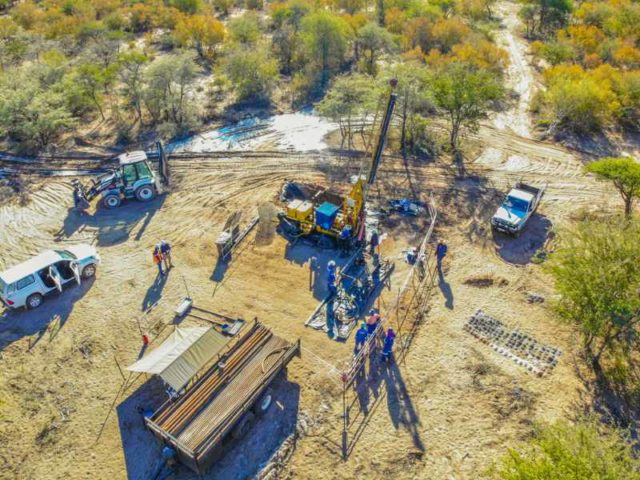 The under-explored Kalahari Copper belt, which stretches for hundreds of kilometres through Botswana and into Namibia, is emerging as one of the hottest mining properties in Africa, and is already home to Cupric Canyon’s Khoemacau copper development.

Sandfire had for some time been investigating global opportunities in the base metals space. In the MOD Resources’ T3 project, it recognised the significant value from regional exploration already undertaken by MOD.

Negotiation led to the acquisition of MOD Resources in late 2019 – giving the company access not only to the T3 project but a substantial 11 700 km2 land holding within the under-explored Kalahari Copper belt.

Under the leadership of Simich – who has developed multiple mines over the course of his career – Sandfire knows who it is as a company and exactly where it wants to be.

“Simply put, we want to be a mid-tier base and precious metals mining company – creating opportunities and delivering value in that process. Our immediate focus would be to deliver 150 000 tpa of copper within the next five years, producing against global benchmark operating costs,” says Simich.

With two copper-gold mines in Western Australia forecast to produce roughly 70 000 t of copper for the 2020 financial year, Sandfire needed to grow its portfolio to reach its production goal.

With the T3 project in Botswana and the Black Butte copper project in Montana, US – both with near-term future development start-up potential – the company’s strategic objectives are on track.

“We’ve gone through an interesting evolution of the company. We made an extraordinary discovery in Western Australia – which has been the company’s mainstay for a long period of time – but we believe we have significantly more value to offer to our shareholders thanks to the capacity, resources and credentials housed within the business that we can leverage to build a bigger business,” Simich outlines.

Understanding the potential in the region

The Kalahari Copperbelt is home to vast amounts of copper mineralisation, but remains largely under-explored – meaning the potential to build a copper business in the region is significant Simich indicates.

“MOD Resources did a fantastic job of assembling the ground it did but was challenged in terms of money and capacity to utilise the area properly. Under the Sandfire umbrella we have eliminated those frustrations and are well positioned to move forward,” Simich notes.

“And unlike Khoemacau, situated to the north east part of the Copperbelt, which has been subject to a significant amount of erosion, our ground is located in the central Copperbelt, where most of our geology has not been subject to deep erosion or oxidation thanks to an extensive near surface calcrete layer.

“This has preserved the favourable geological structures which host the copper mineralisation (which MOD Resources referenced as domes) and concealed the copper from discovery by previous explorers,” the CEO notes.

The T3 project for example is itself a dome – and will be an open pit mine which could in the future also extend underground. Understanding the geology, its potential and the greater region is as Simich mentioned a key criteria of the company’s strategic vision and so exploration, and evaluation of the resource is something that the business is driving hard – already.

The company is also evaluating the resource potential of the nearby (8 km) A4 dome which Sandfire believes could complement the T3 resource in terms of production.

“It was first discovered by MOD Resources in 2018. “We have an aggressive and extensive exploration programme looking at anomalies along the belt similar to T3 and A4, and are successfully using airborne electro-magnetics to assist with these efforts.”

Its full steam ahead for the advancement of the T3 project, which unfortunately has, like most mining project developments across the globe, faced the COVID-19 hurdle. This has delayed timing around the project, but optimistically, not by a considerable amount Simich believes.

At present, Sandfire is working to optimise the feasibility study for T3, which MOD Resources concluded in March 2019. “It is vital we have a high degree of confidence in delivering the T3 project.”

The company has also been evaluating how the A4 deposit could better contribute or enhance T3’s output – either immediately, or in the short-term future.

The optimised study is expected to be presented to the board in calendar Q3 from which a decision to build the mine can be made. “And while COVID-19 continues to present development challenges, we believe the government recognises the potential T3 offers the country and will work closely with us to overcome these challenges as quickly as possible.” They are for example already extending grid power to within 12 km of T3.

As such, the company is confident it will secure its mining licence and environmental and social impact assessment in the coming months. With advanced discussions already underway to secure the necessary funding to build the project, Simich is optimistic that the project will start to move within the last quarter of this year. “If it wasn’t for COVID-19, T3 would probably already be headed for development,” Simich states.

Looking to the scope, timing and delivery of the project, T3 requires approximately 24 months to build and produce first copper. According to the original feasibility study, MOD Resources outlined a 3.2 Mtpa operation producing roughly 28 000 tpa of copper for about 11 years.

Sandfire is investigating the potential to increase this to within a region of between 3 and 5 Mtpa which could potentially equate to around 50 000 tpa of copper.