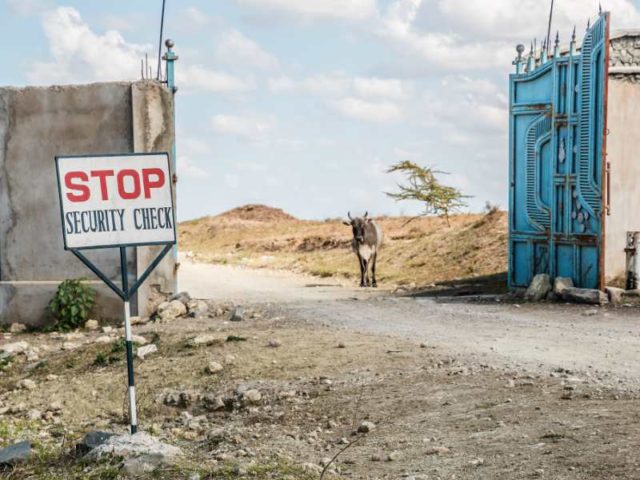 With over 100 junior and mid-tier member mining companies actively exploring and successfully operating in Africa’s resource-rich mining sector, the Australia-Africa Minerals & Energy Group (AAMEG) believes that Africa remains ripe with opportunity for those who know how to navigate its political and legislative pitfalls.

CHANTELLE KOTZE spoke to CEO WILLIAM WITHAM about how to manoeuvre the challenging African mining landscape.

“Successful are those mining companies that can anticipate, prioritise and mitigate risks and who can see through the haze of misinformation and be able to distinguish turbulence from genuine crisis,” says Witham.

The AAMEG – a body representing Australian companies engaged in the development of Africa’s resource industry – understands that while Africa has always had its challenges, the last few years were particularly turbulent from a legislative, health, security and geopolitical point of view.

There is consensus among AAMEG members, and the broader mining industry, that African nations need to maintain political stability and security if they are to attract investors to commit capital into their economies.

Stable countries, with clear, long-standing democratic government structures that have the support of its people is important in the long-term.

The knock on effect that a stable government structure has on the mining industry is that there is an increased likelihood that the mining agreement that you enter into will last over time – as frequent changes in government may impact on a mining company’s security of tenure.

As a result of this, Witham stresses the importance of signing stability agreements and stabilisation provisions in long-term mining agreements, which will enable mining companies to operate under stable fiscal conditions despite changes to government structures.

“These agreements, which are in place for a specified duration are often used as an incentive to attract foreign investment, as it protects investors from changes in tax rates and other fiscal variables,” he says.

With 54 countries on the continent, you cannot treat Africa as a whole as there is no one-size-fits all approach to dealing with instability in Africa. In terms of stability on the continent, Witham however does note that some regions have greater stability than others.

“In general, many of the Francophone African countries in West Africa have some of the more stable democracies in Africa and have become good investment destinations, while some of the Anglophone countries in East and Southern Africa, such as South Africa, Zambia and Zimbabwe, have undergone many recent changes and are not as attractive as they used to be,” says Witham.

In addition to becoming a more attractive investment destination, West Africa also holds many new mineral resource opportunities for AAMEG members, says Witham, noting that there has been strong interest in from Australian explorers and service companies in Burkina Faso, Cote D’Ivoire, Guinea and Senegal.

However, access to finance for exploration as well as security risks have been two of the barriers to entry in this jurisdiction, he notes.

In the long-term, while AMMEG remains bullish about what Africa has to offer from a mineral resource perspective, Witham cautions that the complex nature of doing business in the developing economies of Africa cannot be underestimated and that Africa’s mineral untapped mineral potential does not always outweigh the risk of doing business.

With many African countries growing their economies quite quickly, Africa still holds potential for AAMEG members with some of them even looking to diversify into more than one country as a means to spread their risk, says Witham.

The in-country mining, tax and investment legislation is very important in that if the country does not have a supportive fiscal regime, it will deter rather than attract investment.

By way of example, Witham explains that there are about three or four countries globally that have great mineral endowment, but have undergone virtually no exploration because their laws do not attract direct foreign investment.

Another threat to the mining industry has been creeping resource nationalisation in host countries through the incremental raising of royalties and taxes.

Host governments are using resource nationalisation as a means to wrestle revenues away from mining companies, the result of which has deterred investment into some African countries.

This move by some African countries to drastically increase the percentage of local ownership, coupled with an increase in tax and royalties, has removed the incentive to invest in mineral resource projects and reduced the number of investable projects in Africa.

“Because money goes where it is wanted, countries with more supportive fiscal regimes are often the beneficiaries of exploration and the resultant investment in mineral project development”, says Witham.

The general wave of increasing terrorist violence has been one of the major headwinds faced in Africa in recent times, says Witham. The terrorist violence taking place in the Sahel region of Burkina Faso in West Africa, has claimed the lives of over 4 000 people in 2019, according to the United Nations.

Burkina Faso is home to abundant natural resources. With 14 gold mines in production, as well as approximately 20 Australian companies in various stages of exploration and development – the country remains a highly attractive region for investment, Witham notes.

With a positive gold climate and considered one of West Africa’s best-known underexplored gold regions with a fantastic population, Burkina Faso is brimming with potential, but several mining companies in the country have been effected by the terrorist violence and has effected investment into exploration.

“Although the AAMEG is focused on minimising risks for its member companies operating in the region, the terrorist violence has highlighted the challenge in developing legitimate and socially responsible mining operations in parts of Africa,” Witham points out.

Witham is calling for better communication between governments, mining companies and the investment communities so that each party can better understand one another’s needs.

As an advocacy group acting on behalf of its members, AAMEG is able to facilitate improved communication among its members and the respective governments in the countries in which its members operate, while also carrying out a significant amount of advocacy with NGOs to also ensure that the host countries are receiving their fair share of resources.