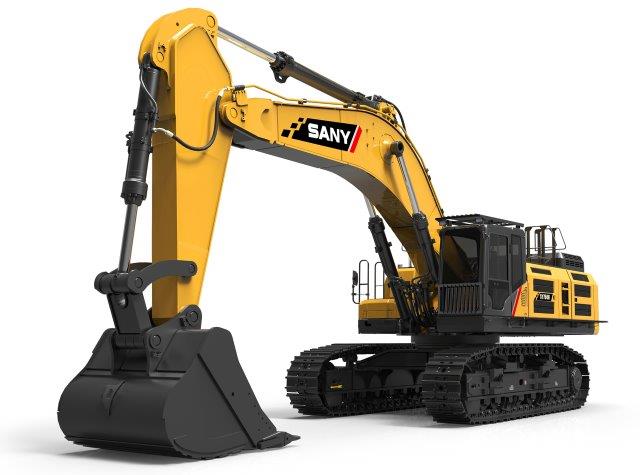 An example of GEM’s recent successes in these mining segments include supplying two SANY SY335 medium excavators to a chrome mining contractor in Limpopo.

In the Northern Cape, the Kathu branch is heavily involved with major mining houses for their manganese operations.

In tough operating conditions, equipment must be highly, which is where SANY’s philosophy of using only world-class components like Isuzu engines and Kawasaki hydraulics comes into its own.

With an emphasis on cost-effectiveness, the SANY SY335C medium excavator features an auto deceleration system that reduces fuel consumption by 5% to 10%.

When an operation stops for 3.5 seconds, the engine speed drops automatically to idle level, and maintains this idling state.

The strengthened structure makes it an efficient and robust machine for a range of applications.

Other excavators in the range include the 50 t SY500H and the 76 t SY750, both with greater breakout forces and digging depths for larger mining operations.

Commenting on the current state of the mining industry, Leith highlights the growth in contract mining with a high number of new entrants.

“We have found that there has been an increase in mining activities, as seen in increased sales over the past few months.”

This is particularly encouraging given the slow state of the economy, combined with the reluctance of banks to finance yellow metal.

“However, we are able to assist contractors in this regard by having access to our own in-house finance, which has proved to be a major differentiator for us,” Leith concludes.