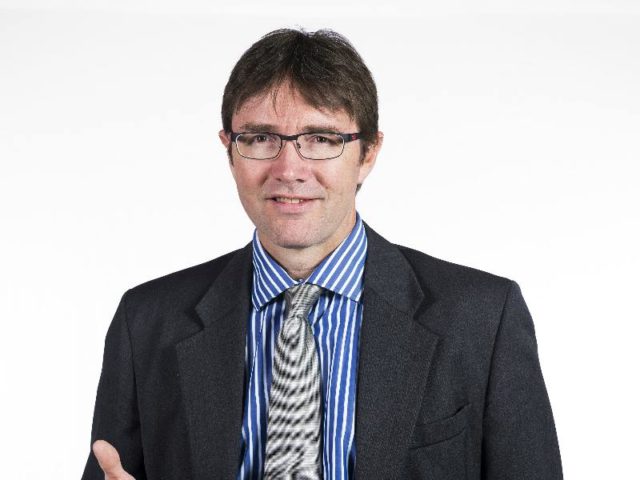 Fully committed to the mining industry and a person who pulls no punches when it comes to addressing pertinent matters. These words aptly describe Minerals Council South Africa CEO Roger Baxter.

Since joining the Minerals Council (then the Chamber of Mines) in 2012, Baxter has moved swiftly up the ranks and has been at the helm of transformation of the association.

More importantly, Baxter also champions the cause for both mining companies and their employees, including taking the challenge to government over its policies and choice of Minerals ministers in recent times.

Speaking on the eve of Investing in Africa Mining Indaba conference in 2019, Baxter mentioned that the mining industry was bouncing back from “nine wasted years”, following the damage done by the Zuma administration, particularly by former Mineral Resources minister Mosebenzi Zwane.

In fact, a year earlier, Baxter lashed out at Zwane, saying that his actions had the potential to sink the industry.

“The extent of damage to institutions, the economy and the mining industry particularly has been immense,” he said.

Now, with government and industry relations on the mend, Baxter is leading from the month as the Minerals Council plays a leading role in transforming the South African mining industry.

Furthermore, Baxter has always professed that there are greenshoots in the country’s mining sector. In that regard, this is his mantra when he is invited at major international events where he South Africa’s mining sector biggest cheerleader.

“The economic and transformational potential of mining is vast. Even in the absence of a greenfields exploration boom in South Africa, mining investment could almost double in the next four years.”

In doing so, his international speaking platforms is helping boost foreign investor confidence in the sector.

Most importantly, Baxter is a firm advocate of the industry’s Zero Harm initiative which is aimed ensuring a zero fatality rate by 2020. He leads from the front as the Minerals Councils implements a number of safety initiatives to ensure that every worker returns home safely, every day.

“Roger is undoubtedly one of the most important voices in SA mining. The Minerals Council has been influential in a positive way,” Andrew van Zyl

“Apart from the strong nomination I have seen Roger talk and he has a good understanding what he is doing for the SA mining industry which is a brilliant job of representing the industry in general. He deserves recognition for the very important role he is playing,” Jim Pooley