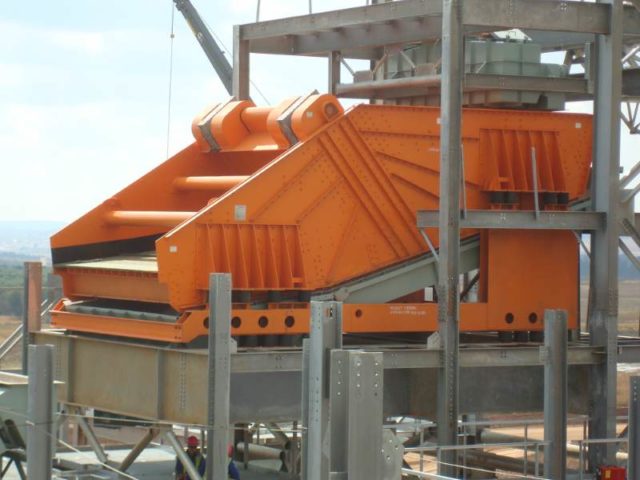 According to the Australian Parliamentary Senate Committee’s report on Australia’s Trade And Investment Relationships With The Countries Of Africa, dated 21 June 2018: Africa is generally acknowledged as having some 30% of the world’s mineral, oil and gas reserves, and Australia’s current commercial activity in Africa is strongly focused on the extractives sector.

This report further indicated that at least 170 ASX-listed mining and other resource companies are operating in some 35 African countries, with the scale of exploration, extraction and processing involving current and potential investment estimated to be worth more than A$40 billion.

Australian companies are most active in the resources sector in South Africa, Namibia, Tanzania, Zambia and Burkina Faso.

Vibramech is one of Africa’s largest manufacturers of vibrating mineral processing equipment, many of its pieces of equipment are in operation with its Australian clients.

“Our current installed base of over 10 000 pieces of equipment makes us an African leader in market share. We are proud to be the preferred supplier of vibrating equipment to project houses and mines in southern Africa, and we have earned the reputation of being an OEM that designs and manufactures robust and durable screening equipment,” explains MD David Massey.

Vibramech supplies its equipment primarily to the mining and mineral processing industries. Although it delivers world-wide, as a proudly African company, it predominantly supplies screens throughout Africa, which is considered to be among the harshest and most aggressive environments in the world.

For over 40 years, Vibramech has developed a comprehensive range of vibrating screens, such as the multislope (or Banana), horizontal, inclined, double deck and dewatering.

It also has a range of proven feeders, such as grizzly feeders, pan feeders, tubular feeders and grease tables. The brand is synonymous with quality, reliable and robust vibrating equipment.

Vibramech understands the harsh operating conditions which vibrating screens, grizzlies and feeders are subjected to in the mining industry, world-wide. As such, the company is cognisant that its designs need to cater for both abrasive and corrosive environments.

As sound dynamic behaviour is essential to ensure vibrating equipment reliability, all equipment is built to perform within strict dynamic parameters.

All internal mating surfaces are machined in order to maintain stringent dimensional tolerances. In addition, the company’s quality assurance programme makes provision for a full 3D vibration analysis to be conducted on all equipment prior to release. This is used as a benchmark for the life of the equipment.

A significant percentage of the screens supplied are manufactured under the Siebtechnik license which was awarded to Vibramech in 2005. In particular, Vibramech has continued to supply 4.3 m-wide screens to both local and overseas projects with numerous screens being supplied into the African market.

In addition to conventional screens, the company has supplied eight Hein-Lehmann Liwell screens to one of South Africa’s major coal producers.

Vibramech is the southern African licensee for Liwell screens. These machines have been designed specifically to screen fines from a ‘sticky’ feed in a dry screening operation, and have a worldwide reputation for being the market leader in this field.