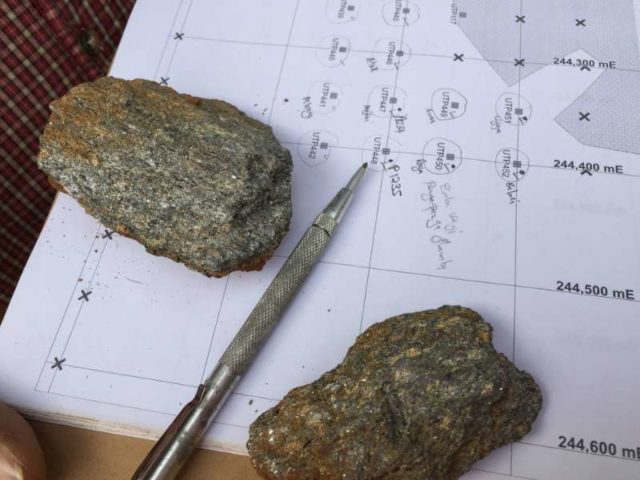 Tanzania’s investment status took a knock as a result of regulatory upheaval and the industry suffered development setbacks – including graphite projects.

But the country is regaining normalcy and clarification around its free-carry legislation is imminent.

Despite a new Mining Code that saw the Democratic Republic of Congo’s (DRC) mining industry threaten to pull out of that country, it seems the quality of the DRC’s ore bodies still largely outweighs regulatory difficulties as most miners have continued to invest in their respective mines or projects.

It is likely that Tanzania will follow a similar path – because despite political changes that have altered mining companies’ financial position, the quality of the assets looks set to override this challenge.

This is definitely the case for Black Rock Mining’s Mahenge project, which following the recent completion of an enhanced definitive feasibility study (eDFS), has demonstrated a premier ore body with the optionality to tap into various end user markets.

These are two major project features that warrant developing the project – in a country no more or less politically turbulent than other African countries.

The eDFS followed the completion of a DFS late in 2018. It incorporated the operation of a second pilot plant in China and confirmed the purity of Mahenge’s graphite content – made more attractive by the consistency of the ore in very large volumes.

“This is particularly important in the battery market which benefits enormously from graphite production that offers consistent feedstock in large volumes. This narrows the attractiveness of graphite deposits significantly but places Mahenge in the top tier graphite production zone,” De Vries outlines.

The eDFS has now confirmed that Mahenge will deliver consistent graphite ore quality across its JORC-compliant mineral resource estimate of 212 Mt at 7.8% TGC (total graphite content). The reserve is 70 Mt at 8.5% TGC. The contained graphite of the project is ranked number two in terms of ore reserves and number four in terms of resources

“The pilot plant, the largest of any graphite mine globally, confirmed that we have no overprint mineralisation which will result in the highest grade and cleanest graphite concentrate available commercially. Our large flake distribution places our product in uncontested and multiple markets and our large sized deposit will deliver an intergenerational mine life,” De Vries confirms.

The eDFS was undertaken due to strong customer demand and builds further on another of Black Rock Mining’s construction alternative approaches – to deliver a project in incremental modules which benefits from reduced capital expenditure to start with as well as the ability to cater to market demand.

“We have now included a fourth production module which will produce an additional 85 000 t of graphite concentrate per year, increasing total steady-state production from 250 000 tpa of product to 350 000 tpa over a 16-year mine life.”

Important to note, the addition of a fourth production module has no material change to the forecast capex for the first three phases, but will however lift overall revenues with a revised project NPV10 of US$1.16 billion (an increase of 30% over the original three module DFS).

Total capex for all four modules rises from $269 million to $337 million. $116 million is required to fund the first module and another $222 million needed to fund modules two and three. The fourth module will be funded from internal cash flow.

The next steps – a speedy first-production timeframe

“We are actively engaged in securing project financing and are looking to commence detailed engineering for the commencement of construction,” De Vries notes. The company is also awaiting confirmation of the 16% Tanzanian government free-carried interest in the project.

With these details confirmed, the CEO hopes to start construction of module one in 2020 and produce first graphite in 2020/2021. With all of the necessary licences and permits already in place, this timeframe is not unrealistic.

The company has appointed Ironstone Capital as advisors to accelerate progress on financing. “Ironstone have consolidated existing and established new financing pathways with relevant banks

and other potential sources of debt and industry finance. Their appointment is in direct response to the number of inbound financing proposals and structures presented to Black Rock, in addition to options instigated by the Black Rock management team,” De Vries explains.

“Our focus remains on identifying the least dilutive option for our shareholders. Ironstone brings extensive experience in structured mining finance internationally and have significant experience in the China market which is highly relevant to our project.”

Securing offtake partners is also on the priority radar and Black Rock Mining has made significant headway in this regard and hopes to finalise agreements soon.

What about infrastructure and employment?

Unlike many African mining jurisdictions, Tanzania is not a fledgling mining country and is well equipped to provide educated employees to the project which will require about 450 people for the start-up module, building up to about 900.

The project is located about 5 km from the Mahenge town, 350 km south-west of Dar es Salaam.

“This means we require only a small 120 man camp,” De Vries highlights.

The company will truck its concentrate 60 km to the town of Ifakara and then rail to the port. “There are an abundance of empty ships travelling to Asia so our export requirements pose no difficulties.”

Provision has been made for a 10 MW duel fuel (HFO/diesel) power station for start-up of module one. Beyond this, the mine will look to support its power requirements from grid power.

De Vries confirms that there is a 220 kV national grid line supported by two hydropower stations so a transmission line to connect to the grid is the only requirement for this to materialise.

“Our eDFS brought together a number of competitive advantages and demonstrates that Mahenge’s graphite concentrate has significant ‘value is use’ advantages, now recognised by our customers.

“While not an intended outcome of the exercise, the addition of the fourth module positions us as one of the world’s largest potential graphite producers.

“What started off as an enhancement study in response to market demand from our customers, ultimately ended up as a conversation with our financiers about a de-risked start-up and commissioning plan.

“With a crawl, walk, run strategy in place, the addition of our fourth module will see us sprint to a large-scale graphite production operation in the shortest possible timeframe,” he concludes.