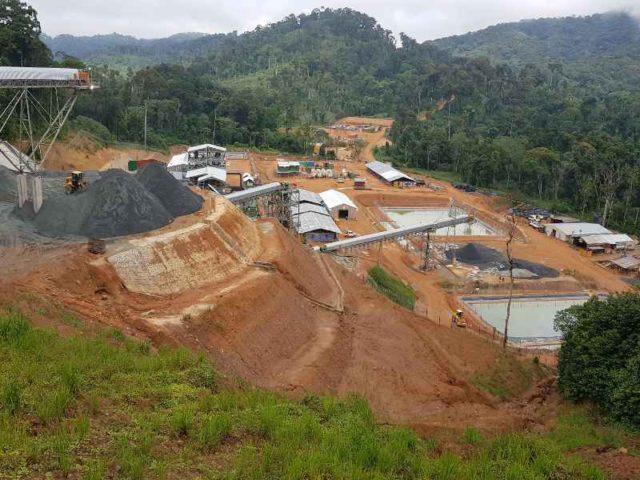 As TSX/Alt-listed tin junior Alphamin Resources continues to commission its Bisie tin mine in the Democratic Republic of Congo (DRC), the imminent move into full scale operation mode bodes well for industry demand and also gives renewed hope to a region that has been deeply scarred by conflict.

Located in the North Kivu province, the Bisie deposit comprises one of the world’s most significant tin resources in the world within a 1 270 km² area. It comprises two known deposits – Mpama North (now in commissioning) and the adjacent Mpama South, with additional targets further south.

CEO BORIS KAMSTRA updates GERARD PETER on progress at what is now known as one as the world’s most significant, high grade tin mines.

Alphamin started construction of its Bisie mine in 2017 which once at steady-state production will deliver an average of 9 642 tpa of tin in a +60% concentrate at a cost of US$8 837/t tin produced and $10 359/t sold after duties, royalties, levies and marketing fees, generating an average EBITDA (earnings before interest, tax, depreciation and amortisation) of $110 million per annum.

At the time of print, these figures were being revised and due out in the last qua.

Providing an update on commissioning progress, Kamstra explains that the company completed the C4 commissioning stage in June this year, meaning that each component in the process has run with ore at the required capacity.

The process involves feeding the system with material, checking instrumentation calibration, process flows and individual equipment throughput and building up to design throughput.

“In order to achieve the next and final C5 stage, we now need to ensure that the plant can run stably for 48 hours at the design specifications in terms of recoveries, quality and quantity,” Kamstra adds.

Attaining C5 and the ramp-up to nameplate capacity is taking longer than expected as aspects of the processing plant operations are refined and optimised.

Nonetheless, Kamstra is confident that first commercial production is imminent and that Bisie will reach steady-state production towards the end of 2019, keeping with initial timelines.

Kamstra is pleased with the mine’s development progress to date.

“We have been able to export the concentrate that we have processed during the commissioning process all the way to our offtake partner Gerald Metals in Kampala; this is a positive sign as it is the last link in the chain in terms of derisking the project.

“Now, it’s a question of going through all the processes, refining them and getting recoveries up. At the moment the front end throughput is fine,” he continues.

Kamstra adds that the company has had to deal with the ‘somewhat welcome challenge’ of keeping the plant feed grade down.

“We have to do this because miners were anxious to provide ore with grades (up to 10% Sn) that would have flooded our plant. A gravity concentrate plant doesn’t like you to throw too much of the material it is to recover at it in bursts, we have been able to balance this and have created a concentrate grade that is almost perfect.

“When you see it on the table, which is the final stage, you have a beautiful “putty’ pink tin concentrate, making it very easy to set your cut points,” he enthuses.

A catalyst for transformation

Between 2002 and 2011 armed militias collaborated with around 2,000 artisanal miners who were part of 16 000 people involved in the mining and production of tin concentrate at Bisie.

Their illicit production, which at one point represented about 4% of global tin supply, helped finance the conflict in the DRC and the Great Lakes region.

Today, as a result of an exhaustion of easily mined ore, buyers requirement for Responsibly mined material,  government intervention and Alphamin securing a mining licence, artisanal mining on Alphamin’s license area has ceased.

Kamstra says that the Bisie project will further transform the economy and contribute to socio-economic uplift by providing infrastructure and generating employment opportunities.

“About 900 people are employed in the operations, plus another 700 people who form part of an extended public works team doing maintenance on our logistics route through Kisangani.”

He points out that one of the highlights of the operation is working with communities in the area.

“People here have a remarkable work ethic and they are eager to learn and refine their skills.”

To illustrate this, he cites the example of the control room operator, Anderson Ngbado Ndabahweje, who currently controls the entire plant.

“Then Anderson taught himself English online but had to learn after midnight because data costs were cheaper at this time.”

He then started work on site as a translator and it wasn’t long before his potential was recognised.

“There is an incredible amount of capable people; we just have to help point them in the right direction and provide the required guidance and training.

“I firmly believe that Bisie will be the catalyst for economic and social transformation in the region,” he concludes.