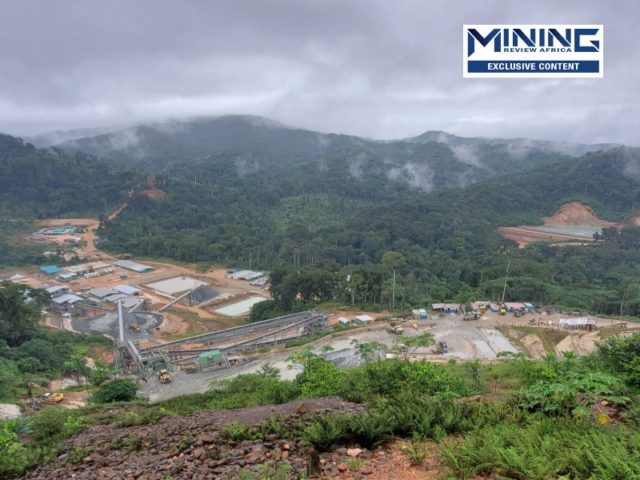 The demand for green economies is rapidly gaining pace and those commodities that have a key role to play in contributing towards this evolutionary change stand to benefit significantly from increased demand and a consequential increase in pricing.

Tin, amongst others, fits neatly into this scenario – and so does dual-listed tin miner Alphamin Resources, writes LAURA CORNISH.

A rise in tin prices is no future forecast, but rather a current trend. It has risen significantly over the last year from its lowest point in 2020 – just below US$14 000/t to an average (but still climbing and peaking) $26 000/t. To a large extent, this is being driven by the electrification of economies around the world.

It is interesting then that Alphamin Resources stands to benefit so significantly from this healthy market dynamic – through the operation of its Bisie tin mine’s Mpama North deposit which has been operational since late 2019, but more so through the company’s greater landholding which it intends to exploit with speed.

A quick recap of the company’s track record to date is important. Alphamin constructed the Bisie mine – in the very remote North Kivu province of the Democratic Republic of Congo (DRC) – and delivered it successfully, on time and on budget. Disbelievers of its ability to bring its first mine into operation successfully were quieted as artisanal mining, potential conflict and zero infrastructure concerns were put to rest.

At a rate of approximately 10-11 000 tpa, Bisie is now responsible for roughly 4% of the world’s mined tin. Generally speaking, the mine has performed well since its start up and remains on track to deliver against its production and cost metrics for the foreseeable future.

Notably, the mine contains some of the highest grade tin to be found anywhere across the globe. At an average 4.5% tin, the equivalent of this in value is 12% copper and 14.6 g/t gold resource. No other tin mines can boast similar grades. This literally makes Mpama North the world’s highest-grade tin resource – about four times higher than most other operating tin mines in the world.

Bisie’s Mpama North deposit, or as Alphamin executive director Boris Kamstra puts it, the ‘starter project’, represents the beginning of a much bigger and brighter future for Alphamin Resources, and it always has.

The company’s licenses in the region covers a total of 1 270 km2 and at present comprises three exploration licenses. This is the card in Alphamin’s hand which it now intends to play.

“We find ourselves in a very strong position,” says Maritz Smith, CEO of Alphamin. “We are clearly in the right commodity. We don’t see any Greenfields tin mines coming on stream in the next seven to 10 years and the world’s third largest tin producer Myanmar in Asia is suffering after a recent coup overthrew the government. Over and above this, the mines in this region have depleted their low-hanging open pit fruit reserves and must explore their lower grade underground potential to sustain their businesses in the longer run.”

This leaves the company in a strong position to expand its mining footprint and in so doing, deliver on the world’s increased demand for tin while enjoying the financial benefits that come with that.

“The first of many projects to gain traction is the start-up of a new fine tin recovery plant at the Mpama North mine, which is quickly tracking to be commissioned in June this year and should increase the mine’s total output by a further 5 – 10%. This in turn will see Alphamin increase its global supply of tin to closer to 5%,” Smith outlines.

Beyond this, the company has its eye on the resource ball and is looking to bulk up its resources from its mining licence holding and the work to do so is underway, which is being funded by internal cash flow. Smith outlines three key objectives in this regard, the first being to define the Mpama North resource extension at depth. “Historic drilling at Mpama North was terminated once a large enough resource was secured to justify the starter mine. We know this ore body is open at depth with one of our last holes intercepting 16 m, recording a grade of 22.5% tin.” Smith states.

The second and third objective is to establish a maiden resource for Mpama South – a deposit only 750 m south of Mpama North located along the same ridge as Mpama North. “Our work thus far indicates that this deposit is similar to Mpama North. It dips in the same direction and is showing similar structural images and visual minerology.” Lastly, Alphamin is looking to uncover an entirely new ore body discovery further along the Mpama Ridge and two potential areas have already been revealed – Marouge and the ‘V’, which are located about 10 km from Mpama North.

Drilling required during 2021 to deliver on the exploration targets, Smith continues, are:

“We have celebrated phenomenal success on all of these fronts to date which includes excellent visible tin intercepts,” Smith continues.

“In the first quarter of 2021, >5 750 m of drilling has been completed on Mpama South with just two rigs on site. Another four are due to arrive between May and August. The structural study undertaken at Marouge and ‘V’ are showing high probabilities for new discoveries and drill targets have been set for H2, 2021.

“With a significantly sized tenement containing what we are confident contains thousands upon thousands of tons of tin, we took the ‘smart approach’ – we started small in order to prove our execution capabilities in a jurisdiction other miners have shied away from. Today, we have proven our worth and are now ready to exploit our greater potential which as mentioned falls in line with market dynamics,” Kamstra enthuses.

“We are confident of reaching our full potential with time which could double or even triple our tin production, which could see us become responsible for 10- 15% of the world’s tin demand in coming years, making us one of the largest tin producers on the continent for the foreseeable future,” Smith continues.

Within the company’s immediate sights, as the next point along its journey, is the establishment of a second mine, up and running in a few years’ time.