Armadale Capital, the AIM quoted investment company focused on natural resource projects in Africa, has completed an optimisation study for its Mahenge Liandu graphite project which has determined a mining schedule over 31 years producing at 400 000 tpa averaging 12.5% TGC over the life of the mine.

Tanzania – The results of the optimisation study were used to generate a mining schedule focusing on high grade near surface mineralisation.  The first seven years of production show exceptionally high graphite grades averaging 15.5% total graphitic carbon (TGC) with an average grade of 12.5% over the life of mine.

Optimisation results underpin the low cost, high grade potential of the project, which together with the high quality of the graphite concentrates produced to date point to the ability to produce an extremely robust initial scoping study, results of which are expected in the coming weeks and will provide initial project economics.

The near surface nature of the deposit produced a low strip ratio of approximately 1:1 for the life of the mine.

A diamond drilling programme, targeted to commence in Q2, 2018, will focus on obtaining representative samples of ore from the first areas to be mined as well as geotechnical drilling to support the final pit design

Armadale has also noted that substantial potential exists for both the expansion of the throughput and mine life due to the large size of the resource.

“To have defined a 31-year mine plan that can produce 400 000tpa of graphite at a grade of 12.5% is very exciting.  Crucially the mine plan is based on near surface material with a very low strip ratio, which has positive cost impacts as the deposit will be relatively simple to mine and metallurgical test work to date has shown that minimal processing is required to produce a high grade, quality graphite concentrate,” says Nick Johansen, director of Armadale.

“The results of this mine plan and optimisation work will feed into the scoping study, which is now nearing completion.  The results will give a clearer indication of the project economics from which we will be able to better define our development plan.” 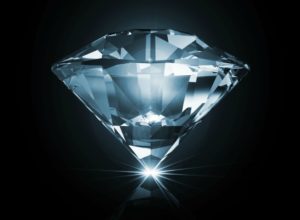