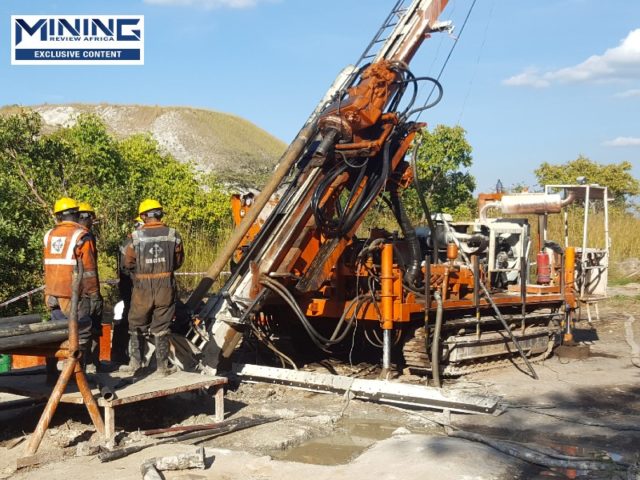 With lithium supply expected to enter a deficit within the next few years owing to increased demand from the burgeoning electric vehicle sector, where lithium-ion batteries dominate, ASX-listedlithium developer AVZ Minerals is well placed to meet this growing demand for battery-grade lithium through the development of its Manonolithium and tin project in the Democratic Republic of Congo (DRC).

CHANTELLE KOTZE speaks to MD NIGEL FERGUSON about the critical path toward construction.

Demand for spodumene concentrate – a feedstock material used in the production of lithium chemicals that go into batteries for electric vehicles (EVs) – improved significantly in the last quarter of 2020. This trend has resulted in an increase in lithium prices over the same period and is an early indicator that lithium prices should continue to rise exponentially on the back of tighter supply from around 2023/24 onward as the market enters a deficit. In this regard, some analysts are predicting deficits of about 1 Mtpa over the next decade.

Despite slow EV manufacture and sale during the COVID-19 pandemic, there has been a remarkable resurgence in EV sales in the last quarter of 2020, led by Europe and China, which is spurring demand for battery metals.

This positive turn in demand, which has resulted in an increase in lithium spodumene concentrate, lithium carbonate and lithium hydroxide prices could see AVZ increase the proposed scale of the Manono project from the 4.5 Mtpa proposed in the DFS, says Ferguson.

The build up towards construction

Having completed a 2 Mtpa and 5 Mtpa scoping study in May 2019, followed by a definitive feasibility study (DFS) in April 2020, which not only proved that the project would be economically viable, but highly robust with strong financial metrics, the company is now completing an optimised DFS to understand how to best develop the Manono asset.

“There are other groups currently in offtake negotiation for the remainder of Manono’s anticipated SC6 production. Upon closing these offtakes, we expect to be oversold on our available SC6 production.” Nigel Ferguson

The optimised DFS will include the results of the front-end engineering design (FEED) study which was awarded to Melbourne-based engineering company Mincore in February this year. The FEED study, which will confirm the process flow sheet, confirm all bulk material quantities to verify pricing, confirm selected equipment pricing, finalise the execution schedule and provide early works drawings, will enable much tighter project costing and layout plans for the project as it progresses, says Ferguson.

In addition to this, the optimised DFS will take into consideration the recently completed

1,650 m of diamond drilling within the Roche Dure pit floor ‘wedge’ – previously inaccessible and under water during earlier resource drilling programmes. The aim of this drilling campaign is to upgrade the estimated ~11 Mt of ‘wedge’ material currently classified as inferred resources into indicated resources for conversion to probable mineable reserves.

“Having previously been classified as waste, the ‘wedge’ material is now expected to be classified as mineable ore and will have a potential reduction in the ore-to-waste strip ratio as well as potentially increase revenue, increase the mine life, increase open pit volume, increase life of mine, lower the operating costs and reduce the payback period,” explains Ferguson.

The company is in the process of collating this new data and will re-run the models to calculate both new geological resources and then upgraded mineable ore reserves to be fed into the optimised DFS, which should be released in June/July this year.

Ferguson explains that the next and final milestones to be met at the project include the eighth and final environmental and social impact assessment (ESIA) application to be submitted for approval, submitting a mining licence application to Cadastre Minier, or CAMI, in the DRC and making a final investment decision and progressing the processing plant and hydro-electric power plant EPC award during Q2, 2021.

The 2020 DFS indicated that Manono could produce a product mix of 700 000 tpa of lithium spodumene concentrate, or SC6 concentrate (containing 6% lithium) and 45 000 tpa of highly-valuable primary lithium sulphate, or PLS (containing 80% lithium) over a 20-year life of mine, based on a 4.5 Mtpa operation.

Further upside treatment would potentially be developed in two stages – the first stage, as planned, entailing a dense-media separation (DMS) recovery producing SC6 concentrate, with an added calcining circuit to produce a lithium sulphate and the second stage combining additional processing by adding a carbonate or hydroxide circuit, to produce lithium carbonate or hydroxide product. The company’s aim is to increase PLS production through conversion of additional amounts of SC6 product as the project progresses.

Moreover, the processing flow sheet also allows for the recovery of an estimated 828 tpa of tin as well as additional tantalum and niobium from hard rock ore, plus an additional estimated 600 tpa of alluvial tin and tantalum, which will be secured from alluvial and tailings sources.

AVZ Minerals has already secured binding offtake agreements for over 80% of the intended annual SC6 saleable product from Manono. In December 2020, the company signed an offtake agreement with China’s largest lithium compound producer Ganfeng Lithium for 160 000 tpa of SC6 for an initial five-year term and with an option to extend for a further five years.

Also in March, AVZ successfully secured its first tin offtake agreement with commodity trader Kalon Resources – a 100% subsidiary of Noble Group – for 600 tpa of tin concentrate for three years – equating to approximately 43% of the total tin concentrate available for sale.

“There are other groups currently in offtake negotiations with us for the remainder of Manono’s anticipated SC6 production. Upon closing these offtakes, we expect to be oversold on our available SC6 production,” Ferguson enthuses.

Meanwhile, in terms of PLS offtakes, there are four groups currently interested in signing offtake agreements for the product. The groups have requested laboratory scale test work results, which AVZ has delivered, proving that it is able to produce a PLS with a minimum 76% lithium. Further laboratory scale test work has proven that PLS with greater than 80% lithium can also be readily produced.

The lithium and tin offtake agreements will assist the company in meeting certain conditions precedent which are required from the company’s prospective inanciers – the last step in ensuring Manono enters construction before year end.

“Now that we have received binding offtake agreements for 80% of our product and once we have our mining licence in hand, seven of the eight development finance institutes with which we have signed non-binding letters of intent, will re-engage with us on the funding agreement. Among them, they have committed to funding between US$430 million and $450 million of the required $545 million in funding that we require. We are engaging with potential Chinese and European funders for the outstanding equity portion of the financing, which we hope to finalise during the second half of the year,” says Ferguson.

Owing to the fact that lithium (among other battery metals such as tin, cobalt, copper, nickel and graphite) is at the centre of the clean energy and transportation transition, lithium producers are increasingly required to ensure that their carbon footprints are kept to a minimum and that their projects are as carbon neutral as possible. The aim of this being to not exacerbate carbon emissions and risk the climate change that the mining of their raw materials is trying to mitigate.

As a result of this, Manono will be primarily powered from green energy sources including hydro-electric power from the Mpiana-Mwanga hydro-electric power plant, which, once refurbished, is anticipated to provide all of the Manono project’s electricity requirements. The company is also studying the potential use of solar power and battery energy storage in future should the operation require additional electricity.

Moreover, AVZ is investigating and planning substantial greenhouse gas mitigation measures, which include the purchase of an electric mining fleet once commercially-viable equipment is available; the generation of hydrogen from excess renewable electricity to enable the use of fuel cell electric vehicles; and the establishment of a 5 000 ha sequestration plantation. The company is also considering harvesting power from the steam produced at its proposed sulphuric acid plant through a steam turbine as an additional form of green energy if it goes ahead with the establishment of an on-site sulphuric acid plant (currently under investigation).

The company, which is striving to be as close to a ‘zero emissions’ operation as possible, completed an independent greenhouse gas study, the results of which has shown Manono to be in lowest quartile of lithium mines – an estimated 30 – 40% lower than all other hard rock lithium miners.

The Roche Dure mineral resource stands at 400 Mt, grading at 1.65% lithium oxide (Li2O), 715 ppm tin and 34 ppm tantalum as reported in May 2019. In addition to Roche Dure, the Carriere de L’Este deposit has the potential to be a separate resource of equivalent or larger size and at least equivalent grade, as at Roche Dure.