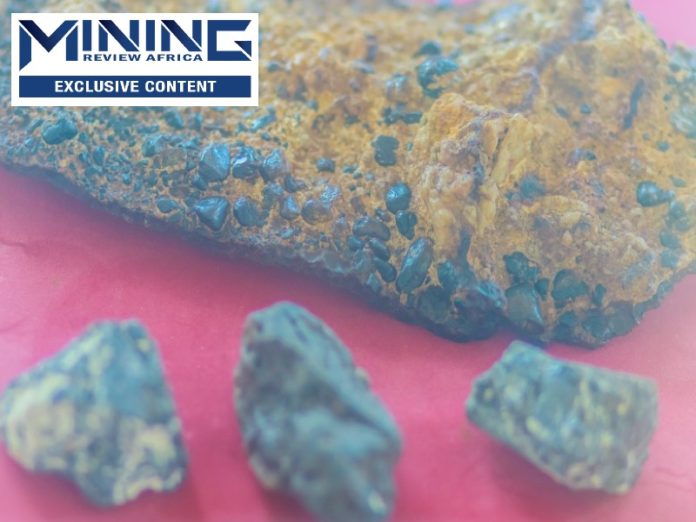 Tin, often referred to as a forgotten critical metal, has been the best-performing base metal this year in terms of prices, surpassing previous record highs.

The long-term future for tin looks bright as a critical raw material in the technologies required for the Fourth Industrial Revolution and the transition to a net-zero carbon economy, writes CHANTELLE KOTZE.

In terms of prices, London Metal Exchange (LME) tin cash prices broke through US$37 000/t at the start of October, increasing over 100% year on year. The tin price rally this year can largely be attributed to strong demand and weak supply.

While the ITA expects refined tin use to grow by 7.2% during 2021, attributed to recovery from the COVID-19 pandemic, more recent data indicated that this could be overly optimistic as tin users have been constrained by supply chain issues experienced in the second half of the year.

The ITA survey showed that while solder still accounted for the largest global share of tin use, this decreased slightly to 48% in 2020. However, forecasts by the ITA for 2021 indicate global average increase of 8.8%, also resulting from the rapid recovery from the COVID-19 pandemic.

Tin’s primary use in solder is intrinsically tied to the manufacture of electronics, which accounts for around 80% of solder use. In 2020, this usage was boosted by increased working, education, and leisure from home, which provided an unexpected bonus for tin demand during the period under review, according to the ITA.

The sale of semiconductor chips, used in the manufacture of electronic products ranging from cars and computers to appliances, is usually also a reasonable proxy by which to measure solder demand. According to October 2021 data from the Semiconductor Industry Association, global semiconductor sales increased 29.7% year on year in August across all major product categories and in every major regional market.

According to the ITA survey results, the second largest global use of tin is in tin chemicals, applied in PVC stabilisers, polymer catalysts and several other applications, accounting for 17% of global refined tin consumption in 2020, followed by tinplate, mainly for food cans, in third at 12% of global refined tin use during 2020.

Dr Jeremy Pearce, head of market intelligence and communications at the ITA says tin often gets overlooked as a critical material in the clean energy revolution owing to its small global market size which totalled 432 700 t in 2020 (refined and unrefined), but notes how critical tin is to quality of life in the modern world and its role as a critical metal in the burgeoning net zero emissions transition.

Pearce – who has a keen interest in investigating future uses for tin – says that most of the future opportunity for tin we see today lies in its use in solder, as well as in energy technologies including lithium-ion battery technology.

Energy and modern technology, such as computing and robotics; energy infrastructure, storage and generation technology; and autonomous and electric vehicles are the strongest new use drivers, with tin solder at the heart of all of these as the glue that holds together all of the electronic and electrical equipment.

Technologies already benefitting tin use include additions to lead-acid batteries and solder used for joining solar cells, while tin has many future opportunities in lithium-ion and other batteries, solar photovoltaic technology, thermoelectric materials, hydrogen-related applications and carbon capture catalysis over the coming decades, Pearce highlights.

“Tin use skyrocketed in Q1 and Q2, 2021 in Europe and the US in particular, following the pandemic, but has since flattened in the second half of the year,” says Pearce. This is partly due to supply chain shortages and disruptions resulting from global shipping issues.

These macroeconomic risks are posing the biggest threat to tin use at the moment, he says, although noting that high tin prices driven by increased demand and subsequent shortages are unlikely to present a real threat of substitution away from tin.

In terms of future supply, ITA market analyst James Willoughby expects China and Indonesia to remain the world’s largest producers of tin – both mined and refined – in the near-term future. However, new mine projects are focused on Africa, Europe, and Australia, and could result in these regions experiencing the most growth in the next decade.

Pearce, who curates 1 500 scientific research and development papers on average each month to gauge future uses for tin, says future tin demand remains difficult to forecast based on how big an impact future use cases now in R&D could have and how soon this could take place.

The ITA forecasts tin demand to increase from its long-term demand outlook of 2% to about 3% – 4% over the next decade on the back the EV revolution, energy transition, and 5G connectivity.