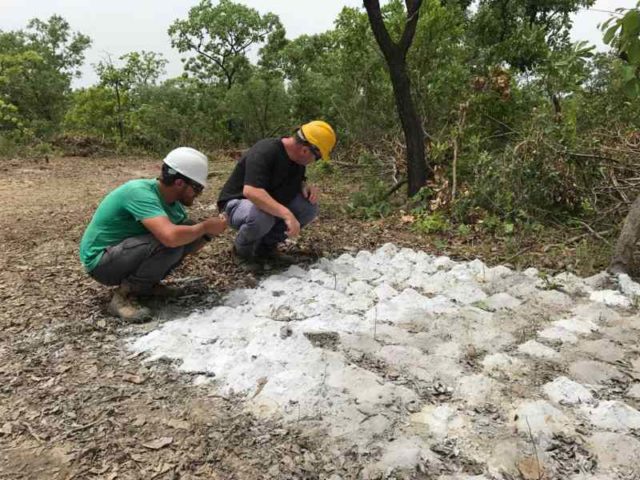 AIM-listed lithium explorer and developer, Kodal Minerals, has made significant progress on the development programme of its 90%-owned Bougouni lithium project in southern Mali.

Since releasing its maiden resource estimate, Kodal Minerals has been working towards meeting the milestones that it has set and moving rapidly into development.

In so doing, the company has bolstered its team with the appointment of a project manager, Steven Zaninovich, in November as well as completing a substantial definition and extension drilling programme in December, which was followed by a significant update to its mineral resource estimate in February this year.

Kodal Minerals is working towards accelerating Bougouni on all fronts.

The company is currently completing its feasibility study and lodging its mining licence application, which it expects to achieve during the second half of the year – an objective that once met, will move the project into the development phase.

In addition, significant potential still exists to expand the current resource, which currently comprises the company’s three most advanced prospects within Bougouni, namely Sogola-Baoule (12.2 Mt at 1.1% Li2O), Ngoualana (5.1 Mt at 1.2% Li2O), and Boumou (4 Mt at 1.02% Li2O), all of which remain open along strike and at depth with considerable potential to expand, as well as several additional prospects on the Bougouni ground.

The concessions, which now form the ‘Bougouni West’ project, and which Kodal Minerals has an option to fully acquire, are located immediately adjacent to the Goulamina project, owned by ASX-listed explorer Birimian, where a mineral resource of 103 Mt at 1.34% Li2O has been defined.

Kodal has undertaken initial ground reconnaissance during its due diligence review, has prioritised key prospective exploration targets and commenced initial drilling at the concessions in April.

“This acquisition of the two additional concessions provides us with a fantastic opportunity to expand in this highly prospective region, by enhancing the possibility of further discovery,” says Aylward.

While Kodal Minerals is primarily focused on moving Bougouni into development as quickly as possible, the company’s future success will lie in its exploration prowess and ability to discover additional targets. “We have many more targets that we would like to explore further,” Aylward says, noting that every one of the eight prospects at Bougouni that have been drill tested have come back with strongly mineralised pegmatite veins that require further work.

The current lithium market provides the ideal opportunity for the company to move into production.

With solid long-term lithium demand expected to remain intact and with fears of an expected lithium oversupply somewhat allayed by the fact that it hasn’t happened yet, Aylward is confident that lithium demand will continue to rise in the long-term, owing to the wider adoption of electric vehicles – currently the biggest driver of demand for lithium-ion batteries.

“Every new lithium mine is also not going to come into development on time, with significant hold ups already experienced in some of the world’s brine operations, he adds.

“We have already entered into an offtake term sheet with our major shareholder Singapore-based Suay Chin (which has significant links to major lithium carbonate producers in China), in which we will negotiate an extended off-take agreement for between 80% and 100% of the spodumene product produced at the project for a period of three years from the commencement of commercial production.”

“What we identify now through our limited exploration, while simultaneously developing Bougouni, will basically lay the foundation for a long term mining operation at Bougouni,” Aylward notes.

Kodal Minerals is currently funded through pre-development up until the granting of its mining licence. Aylward believes that at this point the company would have demonstrate its ability to move into production at which point it will go to market to raise the estimated US$60 million capital to construct the project.

“Our major shareholder, which owns 29% in the company, has offered its support to help build the operation, and we have also have very early discussions and strong indications of support in terms of the capital needed to build the mine.

“These preliminary discussions has given us greater confidence in our ability to raise funds as required, says Aylward.