Erroneous media reports that indicate Mali will amend its mining code if mining companies do not make “compromises” have been refuted by gold major B2Gold which owns and operates the Fekola gold mine in the country.

Statements attributed to a government minister at a recent joint news conference with the International Monetary Fund suggested that if compromises with mining companies are not achieved, amendments to the mining code may be unilaterally implemented B2Gold outlines in a press statement.

The full details of any proposed new mining code and the timing for its implementation are not known at this time. Government officials have advised B2Gold that the minister’s comments were taken out of context in such news reports and should not be applied to all mining operations in Mali.

As a result of these provisions, the company believes its interests in Fekola are protected and that any contemplated amendments in a new mining code will not apply to Fekola without B2Gold’s agreement.

As previously disclosed, including in its recent Management’s Discussion & Analysis for the year ended 31 December 2017, in August 2017, B2Gold finalised certain other agreements with the State of Mali including a shareholders’ agreement for Fekola S.A., the holder of the Fekola mine, and a share purchase agreement for the purchase by the State of Mali of an additional 10% participating interest in Fekola.

These agreements have been signed by the relevant Malian government ministers and approved by the Malian Council of Ministers and are now subject only to final ratification by the Mali National Assembly, which is now expected at their next scheduled sitting in April 2018.

Upon such ratification, B2Gold will transfer ownership of 20% of Fekola SA to the State of Mali. 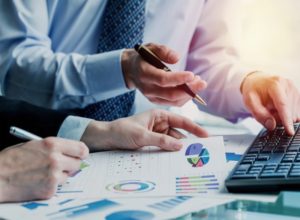