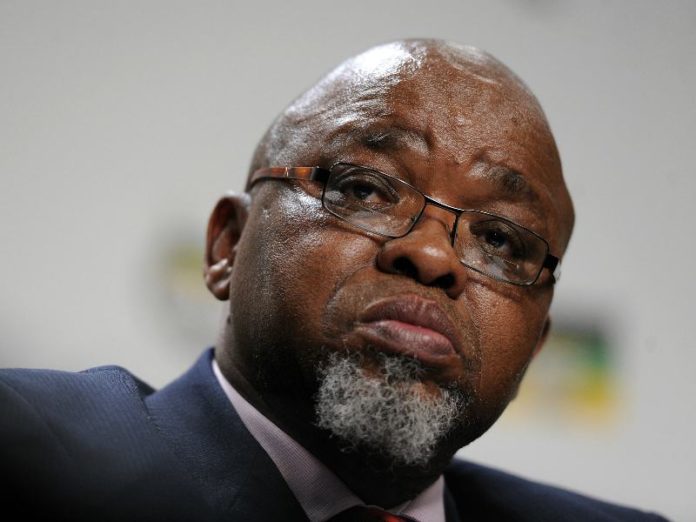 In a late evening cabinet reshuffle briefing, where 10 South African ministers were removed from their positions by President Cyril Ramaphosa – including Mosebenzi Zwane – it was announced that Gwede Mantashe is the new Minister of Mineral Resources.

Gwede Mantashe began his mining experience at Western Deep Levels mine in 1975 and in the same year, moved to Prieska Copper Mines.

In 1982, Mantashe moved to Matla Colliery where he co-founded and became the Witbank branch chairperson of the National Union of Mineworkers (NUM), a position he held until 1984.

He was then elected NUM Regional Secretary in 1985. It is through the NUM that he is closely linked to President Cyril Ramaphosa.

In recognition of his skills, Mantashe became the NUM’s national organiser from 1988 to 1993 and its regional coordinator between 1993 and 1994.

This experience in the mining sector bodes well for his new mandate but he will need to temper his brashness with diplomacy if he intends to stabilize the industry which is currently operating in murky legislative waters.

The Chamber of Mines welcomes his appointment referring to him as a man of integrity and dignity, and who brings with him a sound and fundamental knowledge of the industry he will lead and enable.

“He is a person with whom our industry has long held a constructive and respectful relationship. He is an extremely tough negotiator, demonstrated both during his time as general secretary of the NUM and in his subsequent political positions. We look forward to the many engagements with him that doubtless lie ahead,” reads a statement from the Chamber.

“The industry is ready and willing to play its part in building the industry and the economy while recommitting itself to further transformational progress.

“The Chamber and its members recognise that much work lies ahead and we are looking forward to working with the newly appointed leadership and all industry stakeholders to ensure that our industry and the people that depend on it have a better future.”

Godfrey Oliphant remains in his role as Deputy Minister.