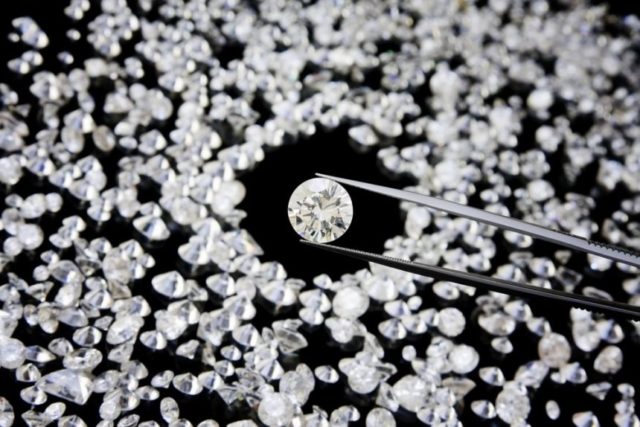 ALROSA is to participate in the development of a new diamond deposit in Angola; a kimberlite pipe named Luele located in the Luaxe concession area.

President of ALROSA, Sergey Ivanov, and the president of the Angolan national diamond company Endiama, Antonio Carlos Sumbula, have signed constituent documents for the establishment of Luaxe International Enterprise on 23 May 23, 2017, in Luanda.

The Russian deputy prime minister outlined that cooperation in diamond mining, in particular between ALROSA and Endiama, is a key component of economic cooperation between Russia and Angola.

He also noted that development of new projects, active exploration and the search for new deposits all impact positively on the economic advancement of Angola and the partnership between the two countries.

In 2013, a kimberlite pipe named Luele was found in the Luaxe concession area in the scope of exploration operations carried out by ALROSA in cooperation with Angolan experts.

“Over the past few years, ALROSA, acting with the support of the Russian government, has been engaged in negotiations with Angolan top management and investors,” says deputy prime minister of the Russian Federation, Yury Trutnev.

“Consent to sign a mining investment agreement for exploration and assessment of the deposit, as well as for signing a contract between founders of a company for the development of Luele deposit was obtained as a result of negotiations,” he continues.

ALROSA will be involved in the project through Catoca (where it owns 32.8%), which will obtain a 50.5% share in the new structure. ALROSA is also going to submit to the company supervisory board a proposal to purchase directly another 8% in Luaxe.

Considering the size of the ore body and preliminary exploration data, the development of Luele will be of great economic interest for project participants.

“The Luele pipe is the largest of all those discovered worldwide over the past 60 years since the discovery of deposits in Yakutia,” highlights Ivanov.

“As a specialised investor in Luaxe project, ALROSA, who has relevant professional competence, will assume obligations for the new company’s project solutions and technical policy. The total commercial value of the deposit is assessed as over US$35 billion,” concludes Ivanov.