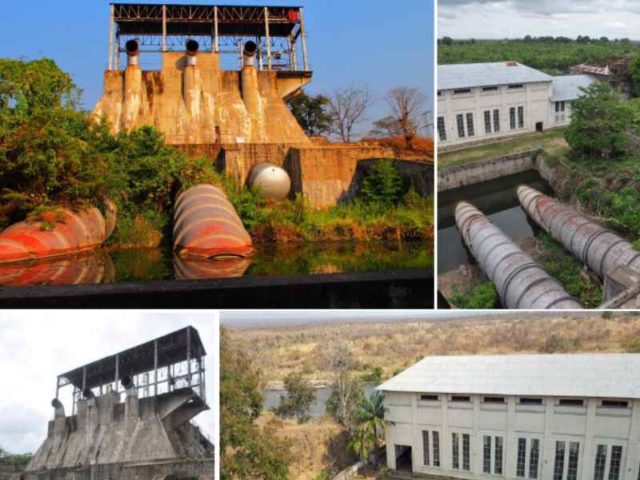 The Mpiana-Mwanga hydro-electric power station is located about 85 km east-south-east of the proposed Manono mine site. The power station was originally built in 1933 to service the historic tin mine but closed in 1982 when operations ceased.

At present, power is generated at the Manono town site using diesel generators and a recently commissioned 1.5 MW solar power system, whilst at AVZ’s camp it is powered by a smaller 20 kVA solar system with a diesel powered back-up generator.

Based on a positive outcome of the feasibility studies into re-commissioning the power station, it is AVZ Powers’ intention to acquire from the DRC Government a long-term, 100% exclusive lease to rehabilitate the Mpiana-Mwanga hydro-electric power station.

It is estimated up to approximately ~54 MW of electricity can be generated from the rehabilitated power station – sufficient to power the Manono town site and AVZ’s nearby mining camp and associated infrastructure and any future expansion of the mine site, including a 25 000 tpa hydroxide plant.

“We have been working towards securing this opportunity for several months now as we consider the rehabilitation of the Mpiana-Mwanga power station is a major step forward for the company,” says AVZ Minerals MD Mr Nigel Ferguson.

“Controlling the refurbishment of the hydro power plant allows the Company to develop the hydro plant in phases that align with AVZ’s mine expansion programme, with the first phase delivering approximately 18 MW of electricity from two turbines.

“We can then expand the existing power station, which has capacity for six turbines, to deliver additional electricity for our expanded DMS plus flotation operation and finally, our third expansion phase – establishing a hydroxide plant – with a combined requirement of approximately 54 MW of electricity.

“Ultimately, the electricity generated from the power station could be used for operating all of our mining equipment, making the Manono lithium and tin project a 100% “green” mine, as well as providing sufficient electricity to power the entire Manono town site and rehabilitate the associated power grids in the Manono Territory.

“This would be a significant achievement for AVZ Minerals and everyone associated with the Manono project, including our shareholders and our financiers.”