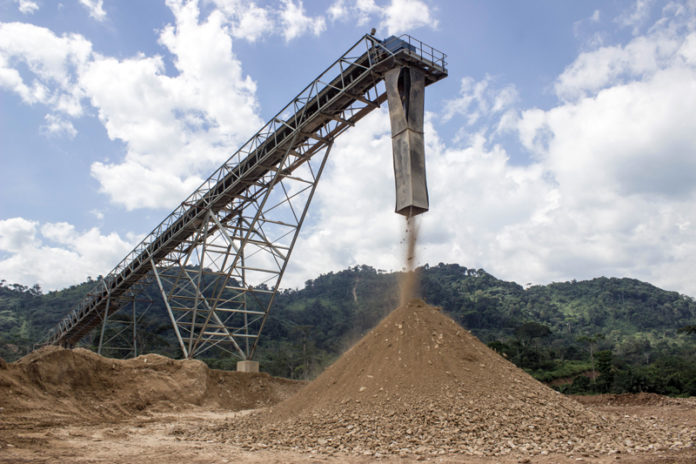 Banro Corporation notes that the record gold output is a combination of gold produced from its Twangiza and Namoya operations in the Democratic Republic of Congo (DRC), which respectively produced 25 187 oz  and 28 190 oz of gold in the quarter.

This brings Banro’s total year-to-date production to 147 242 oz of gold.

“We are very pleased with Namoya’s third-quarter performance, which is in-line with steady-state operations,” says Banro president and CEO John Clarke.

“With Twangiza and Namoya’s robust mining operations, we have a base for continued organic growth from both our mining licenses and our regional exploration opportunities,” says Clarke.

Twangiza’s gold production in the third quarter of 2016 was consistent with the first two quarters of 2016.

Banro says that recoveries at Twangiza during the quarter were impacted by the blend of ore type based on available mining faces.

However, delays in the delivery and installation of the fine crushing expansion that was expected during the third quarter of 2016 restricted the operation’s ability to enhance recoveries of ore with lower metallurgical recoveries.

Namoya’s gold production in the third quarter of 2016 was in-line with steady state operations.

The auxiliary equipment commissioned during the period under review supported the increased mining activity, which in turn allowed for improved stacking rates. However, the average grade stacked was lower than the previous quarter as a result of the blending of low-grade ore with higher-grade ore delivered from mining operations.

Banro notes that gold production in the fourth quarter is expected to increase as the operation benefits from the increased levels of ore stacked during the third quarter and continued productivity in-line with steady state operations.