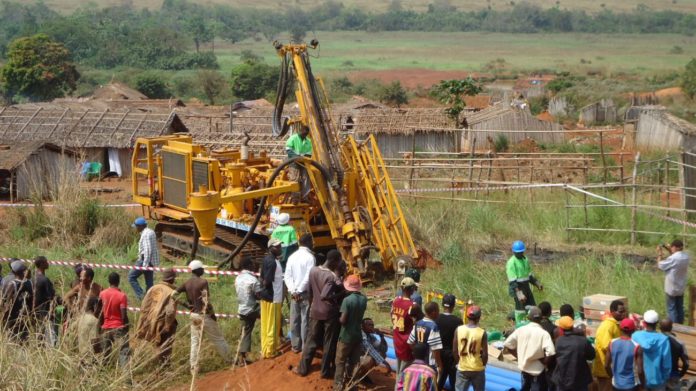 Cornerstone participation in Burey Gold’s placement came from two leading international resource funds with the placement being significantly oversubscribed by a number of leading domestic and international institutional and professional investors.

Burey Gold will issue approximately 215 million shares through the placement at 5.4 cents per share, which represent a discount of 8.5 % to Burey’s five-day volume weighted average price.

Hartleys and RFC Ambrian were joint lead managers for the placement with each of them focusing on their strong institutional client networks to market the placement.

The funds raised by the company will be used to accelerate exploration at its Giro gold project and a second reverse circulation (RC) drill rig has been contracted to conduct infill drilling at the Kebigada Prospect aimed at defining a maiden inferred mineral resource at  the Giro gold project in the Democratic Republic of Congo.

The current focus is a significant RC drill programme at the Douze Match combined with targeted diamond drilling to better understand structural controls.

Burey Gold chairman Klaus Eckhof says that the institutional investment in the company highlights the investor attention that is now being shown to the Giro gold project, which spans a 30 km structural corridor in the Kilo-Moto Belt.

“With these placement funds Burey can truly begin uncovering the potential that we have been glimpsing so far at Giro and allows for long term planning,” he says.

The Giro gold project is only 30 km from the world-class Randgold Resources-owned Kibali gold project, which hosts in the order of 17 Moz of gold, and in 2015 produced 642 720 oz of gold.

Drilling is ongoing at Douze Match and further results are anticipated in due course.