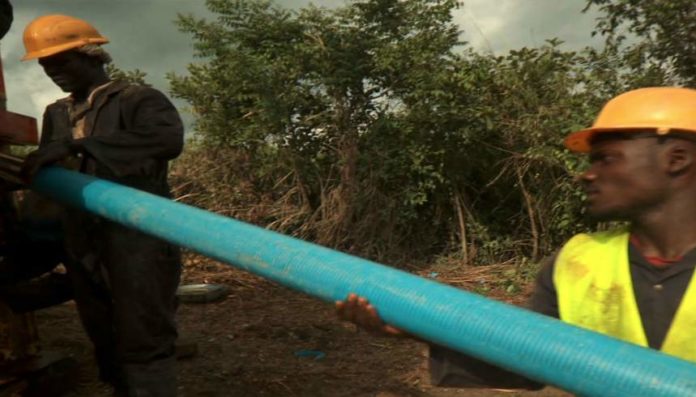 On 22 May 2017, the company announced that it had executed a binding terms sheet to conditionally acquire 70% of the shares in Zambian entity Australian Mining Company Zambia Limited (AMCZL), which is the holder of exploration licence No 21853-HQ-SEL – the Kitwe copper-cobalt tailings project.

The Kitwe tailings were produced from the nearby Nkana concentrator that processed copper sulphide-oxide ores from the Mindola mine in the 1970s and 1980s.

After extension requests by the Seller, the share sale agreement was executed on 4 December 2017, with completion of the acquisition expected within the coming weeks. Subsequent to the execution of the terms sheet, AMCZL lodged an environmental project brief (EPB) with the Zambia Environmental Management Agency (ZEMA), which is needed for the exploration work to commence.

On 4 January 2018, ZEMA issued its decision letter approving the EPB.

Tailings samples for metallurgical testwork, to be undertaken at the laboratory of Mintek in South Africa, have now been collected. The export paperwork needed to dispatch the sample is currently being organised and it is planned that the metallurgical testwork will commence by month end.

The Kitwe tailings project is located approximately 3 km from the outskirts of Kitwe, in the Copperbelt region of Zambia.

Kitwe is the second largest city in Zambia, in terms of size and population, and is one of the most developed commercial and industrial areas in the nation, alongside Ndola and Lusaka.

The Copperbelt is centered around the towns of Ndola, Kitwe, Chingola, Luanshya and Mufulira – a string of towns on Zambia’s northern border with the Democratic Republic of Congo.