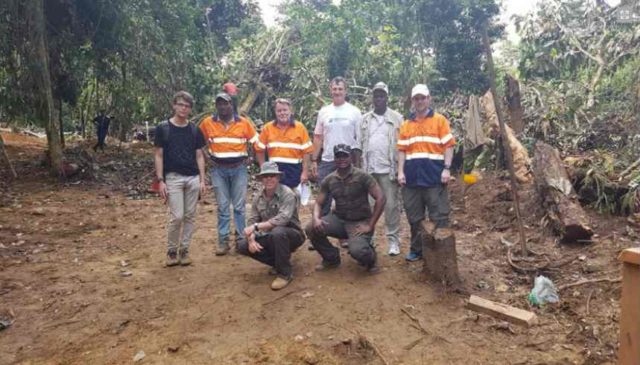 Alphamin Resources has announced that the mine box cut and upgrade of the access road is underway following the mobilisation of two earthworks contractors to site.

Alphamin Resources has also announced the appointment of two experienced directors, Bernard Swanepoel and Paul Baloyi, to the company’s board. These appointments are subject to regulatory approval.

The recent completion of the front-end engineering design (FEED) programme and associated control budget estimate (CBE) by DRA Projects, the engineering, procurement and construction contractor for the project, confirmed the robust economic metrics and potential of the project.

The mine, when developed, will be North Kivu’s first commercial mine and a new premier global tin producing mine.

A comprehensive process for estimating capital costs was followed and the CBE results illustrate that the project has the potential to remain strongly profitable at lower tin prices, as well as at increased prices for key consumables.

The optimised process flow sheet resulted in 6% higher annual average plant throughput rates and an increase in tin recoveries to 73%. The borehole drilling to prove the current reserves and provide mine planning has been carried out to a depth of 550 m below surface and 720 m down plunge.

This results in a current planned life of mine of 12.5 years producing an average of 373 800 t of ROM per annum. The logistical challenge of locating a deep drilling rig on site restricted the evaluation of the resource to a proven reserve below this level.

The confidence of the drilling to date and the geological model indicates that the resource continues at depth. If this deep drilling is successful, Alphamin Resources believes that it should allow for the current life of mine estimate for the project to be increased.

A cash margin of some US$ 11 040/t of tin sold is foreseen, yielding a LoM annual average EBITDA of approximately $110 million, and robust economic performance indicators of a net present value (8%) of $402.2 million, a real, after tax, project IRR of 49.1%, and a projected payback period of 17 months from first tin production.

Alphamin Resources has appointed Kongo River SA and VRSC as the project’s earthworks contractors, and Reliant Congo as the project’s phase one mining contractor. The appointment of these contractors followed a stringent due diligence process and evaluation of each potential contractor’s safety records, submitted schedules, DRC experience, technical capacity and price.

VRSC has worked on the construction of both Banro Corporation’s mines in South Kivu and Kibali in the North-Eastern corner of the DRC.

Reliant Congo operates in the DRC and Zambia and has a strong track record of safety and production. It has worked for Glencore in the DRC and continues to mine for Glencore in Zambia and Vedanta Resources in India. It is in the process of mobilising its equipment to begin developing the decline in early July 2017 in accordance with the project implementation schedule.

“It is very encouraging that work has commenced, and subject to finalisation of the full funding solution, the project is expected to be completed on time, and within budget by the end of Q1, of 2019,” says Boris Kamstra, CEO of Alphamin Resources.

“A total of 22 heavy earthmoving machines, their operators, management, and support have been deployed for work at the Mpama North site and on the access road. The work on the box cut and the continued upgrading of the 34 km access road has already commenced, following the completion of the initial 9 km of the access road upgrade to enable the carrying of normal traffic. The access road is expected to be completed by December 2017,” continues Kamstra.

In addition, the return airway has advanced to 97 m, and the ore body is expected to be intersected at 120 m. The camps and associated infrastructure to house the project implementation team, has been completed.

The development of the project will be a catalyst for regional economic growth.

“Alphamin Resources is committed to contributing to the stability and economic activity in North Kivu, bringing significant benefit to the community and other stakeholders alike,” says Kamstra.

“We are cognisant of the importance of managing and delivering on community expectations. We have been careful in positioning ourselves as a catalyst for change, not as the source or sole reason for change,” he explains.

“We are particularly confident that the recent establishment of the government committee, CAIMB, will help Alphamin Resources in both the development of the project and addressing the communities’ concerns.”

Solid progress made on funding package

Significant progress has been made towards finalising the funding package for the project. Funding will include a combination of debt, equity and an equity standby facility.

It is anticipated that the total funding package will be finalised within the next four weeks.

Appointment of new board directors

Bernard Swanepoel and Paul Baloyi, seasoned business executives with significant experience and expertise, have accepted invitations to join the board of directors of Alphamin Resources.

“We welcome the new board members and look forward to their contributions. The calibre and top level experience of the two gentlemen will stand Alphamin Resources in very good stead. Not only do they enjoy international business clout and respect, but their expertise will add value to the board as it guides the Alphamin Resources’ business into a prosperous future,” states Alphamin Resources chairman, Charles Needham

Bernard has over 30 years’ experience in local and international mining, and mining project development. He started his career at Gengold, moving to Rand Mines in the mid-nineties, where he remained as CEO of Harmony Gold Mining until 2007.

Paul Baloyi, the Industrial Development Corporation’s representative on the company’s board has over 35 years of experience in the international finance sector, having served as CEO of the Development Bank of Southern Africa, MD of Nedbank Africa, and holds senior positions within Standard Bank. He is a past member of the Institute of Bankers and the Institute of Directors.