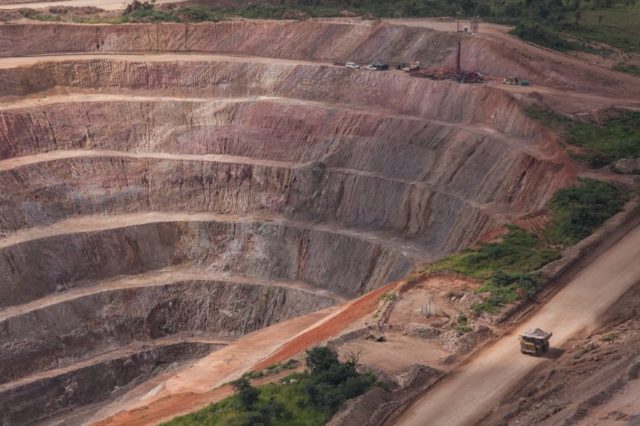 The Democratic Republic of Congo will vie with Peru as the fastest growing mining market during the next five years according to BMI Research, a unit of Fitch Group.

BMI Research, a unit of Fitch Group, reports that the Democratic Republic of Congo will benefit from low labour costs, high ore grades and vast untapped resources that will attract foreign investment into some of its largest gold and copper deposits, particularly from China.

Furthermore, the spectacular rise in global cobalt demand will further fuel potential for growth in the Democratic Republic of Congo’s mining sector due to the country’s vast reserves of the battery-making commodity.

The Democratic Republic of Congo will be the fastest growing major mining market in the world over the coming years, as high ore grades and large untapped reserves encourage exploration and production.

Furthermore, the country’s relatively competitive labour costs in comparison with other major mining countries in the region such as South Africa will attract significant foreign direct investment. BMI Research forecasts the country to experience an average mining industry value growth rate of 9% over the 2017 to 2021 period on the back of rising copper, gold and cobalt output, all of which are due to be supported by improving prices.

The Democratic Republic of Congo’s mining sector growth will be in large part fuelled by ongoing foreign investment into some of its largest mining projects. An important boost will come from growing Chinese investment, as the country looks to bridge a systemic refined copper deficit of 2.3 Mt as of 2017. 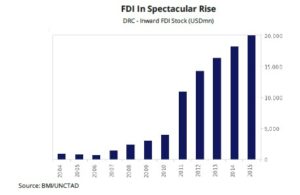 The recently announced sale in late 2016 of the country’s largest copper mine Tenke Fungurume, by Freeport-McMoran and Lunding Mining to China Molybdenum is the latest evidence of growing Chinese interest in the Democratic Republic of Congo’s copper assets. The mine has probable and proven reserves of 144 Mt at 2.6% ore grade, significantly above the global average of 0.8%.

In addition, Randgold Resources has made the expansion of activities in its Kibali mine a central part of its operational strategy for the coming years. The company is planning to commission an underground expansion at the site for Q3, 2017 which will deliver around 610 000 oz of gold in 2017 and 750 000 oz in 2018, while it is also investing in a second hydropower station at the site.

Containing over 50% of the world’s cobalt reserves, the Democratic Republic of Congo will be a beneficiary of the booming cobalt industry in the coming years. Primarily used in rechargeable batteries (49% of demand for cobalt consumption is destined to this end) BMI Research projects that solid future growth in global battery demand will support cobalt consumption and prices for decades to come.

This positive growth projection will in turn fuel investment into cobalt mining operations in the Democratic Republic of Congo, such as Glencore’s recent acquisition of Mutanda and Katanga mining companies as well as the aforementioned Fenke Tungurume mine, where cobalt is sourced as a by-product of copper. BMI Research forecasts the Democratic Republic of Congo’s cobalt production to increase from 70.1 kilo tons in 2017 to 82 kilo tons by 2021.

Despite strong growth projections, recent moves aimed at reforming the mining code to increase royalties and taxes have the potential to disrupt BMI Research forecasts, while uncertainty regarding the upcoming elections may lead to social unrest.

The original 2002 mining code is considered competitive by investors, guaranteeing the holder of a mine to unlimited access to explore and develop properties under an efficient permitting process. However, in early 2017 the Kibali administration announced plans to potentially revise the code, which may include hiking profit taxes to 35% from 30%, raising the state’s share of new mining projects and increasing royalties on copper and cobalt revenues. 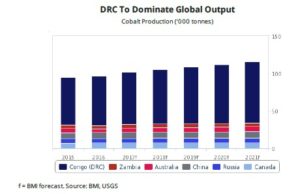 Downside risks to BMI Research forecasts will also be driven by the uncertainty surrounding the upcoming elections, due to be held in late 2017. Despite incumbent President Kabila having agreed to hold elections this year, BMI Research’s country risk team believes it is likely that these will be postponed to 2018, which could lead to a cut in foreign aid and discontent among the population.

The country’s Katanga province, where most the important mining assets are found, will be most at risk of witnessing turmoil due to its history of conflict with the central Democratic Republic of Congo government and its long -held secessionist ambitions.

Any scenario whereby the government loses control of Katanga would pose significant risks to most of the mining operations located there, thus affecting our growth forecasts for the country as a whole.